Kai Ryssdal: Remember that scene in the “Wizard of Oz,” where the guy says, “Pay no attention to the man behind the curtain?”

There was a little bit of that with Apple today. The website Gizmodo got its hands on a copy of the training manual for Apple’s Genius Bar employees, the ones in the blue shirts who help when your Apple device has a crash, or a freeze. Except — they’d never use those words, as Marketplace’s Eve Troeh reports.

Eve Troeh: Apple fans obsess over even the color of a box, says technology writer Chris Null. So pages and pages of training secrets? That’s a big find.

Chris Null: Absolutely there’s going to be delight in ripping back the veil of how the company works.

I’ll play the customer: This Mac is just too expensive!

“Genius”: I can see how you’d feel this way. I felt the price was a little high. But I’ve found it’s a real value.

Harris: I feel the same way you do. I felt that way a lot before. But now I’ve found all my fears, they’ve been resolved.

Training manuals usually come to light only when there’s a lawsuit, over something like sales tactics. She says this is merely curiosity. It’s fun to think of all those smart, techy people sounding like, well, robots.

Here’s a sample conversation from the manual called, “Fearless Feedback.”

“Genius”: Hi, fellow genius. I overheard your conversation with your customer during the last interaction, and I have some feedback if you have a moment. Is this a good time?

Steven Harris does tech support here at Marketplace. He’s worked at the Genius Bar. Interactions there were pretty scripted, he says. Apple had company-specific language for everything, down to saying “portable computer” instead of “laptop.” 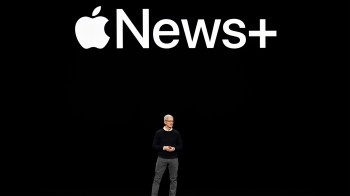