More From This Show
0:00 / 0:00
Marketplace has a new podcast for kids, "Million Bazillion!" EPISODE OUT NOW
Pay Day

Translating the complications of Chinese paychecks

Translating the complications of Chinese paychecks

Stacey Vanek Smith: Some not so great news from China this morning: A major manufacturing index for the country fell to a nine month low. It’s another sign the world’s second largest economy is slowing. Not that everyone is suffering — workers at state-run companies in China are riding pretty high. And we’re not just talking salaries; there are often a lot of perks for state workers, including mortgage payments, groceries, fancy cars. And it’s all tax free.

Rob Schmitz: In the Yangtze Delta city of Changzhou, an employee of a state-owned enterprise tries to explain her salary to me — yes, “tries.” It’s confusing, even to her.

Anonymous employee: I make $150 a month for my base salary, then I make $50 for my scale pay, then there’s $200 for my performance pay. Then there’s my traffic subsidy, my housing stipend…

She’s reading from her monthly paycheck. It’s a foot long, and it’s divided into dozens of compensation categories. It’s like this for 65 million employees in China’s thriving state sector.

This employee asked not to be named. That’s because she’s talking about one of the dirtiest secrets among workers at government-run companies: Perks.

Shaun Rein: Many companies offer automobiles, houses, they even pay for gym memberships for their executives. And this should all get counted as income from employees, but it doesn’t.

Shaun Rein is author of the book “The End of Cheap China.” He says there’s a reason a monthly paycheck in China looks like calculus homework.

Rein: What happens is a lot of companies will use benefits as a tax write-off, which is why you have a lot of employees who make $300 a month driving Bentleys, because the companies are able to use the purchase price of the Bentley as a 100 percent tax write-off.

With visions of company-issued Bentleys dancing in their heads, top Chinese college graduates are increasingly choosing jobs at state-owned enterprises over multinationals.

Back in Changzhou, this state employee says next month, the government’s going to scrap her complicated salary scheme for something it’s calling a sunshine salary policy. This will be a relief for economists in China; it’s been difficult to track who’s making what and how they’re spending it, making many wonder how much of China’s economy is off the books.

Still, it’s hard to know how much sunlight these new government policies will shine onto China’s massive hidden economy. 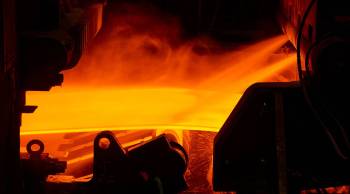