Sheep can warn shepherd when wolves are near

Sheep can warn shepherd when wolves are near

“OMG wulfs!” That’s probably not how the actual text messages go using a new technology designed for use by sheep, but I like to imagine that it is. A Swiss biologist has designed the system due to an increasing number of wolf attacks in Switzerland, where one would think the wolves would be neutral. It involves collars worn by the sheep that measure heart rate, which would spike when the sheep are about to be, you know, killed.
From the BBC:

Early prototypes of the collar, employing heart rate monitors similar to those used by runners to fine-tune their training, have been tested on 12 Swiss sheep. The tests, carried out in the Bernese Alps above Les Diablerets, involved scaring the sheep with two muzzled Czechoslovakian Wolfdogs.
This revealed that the resting heart rate of a sheep of about 60-80 beats-per-minute rises almost threefold when the animal is stressed.

There’s also talk of the collars being fitted to play a loud noise or spray some stinky repellant when the wolves come near. Yeah, that ought to calm the sheep right down. 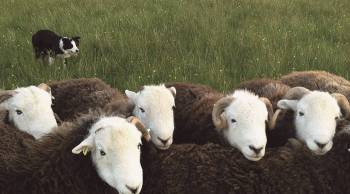 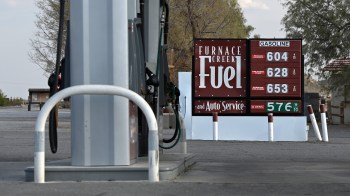