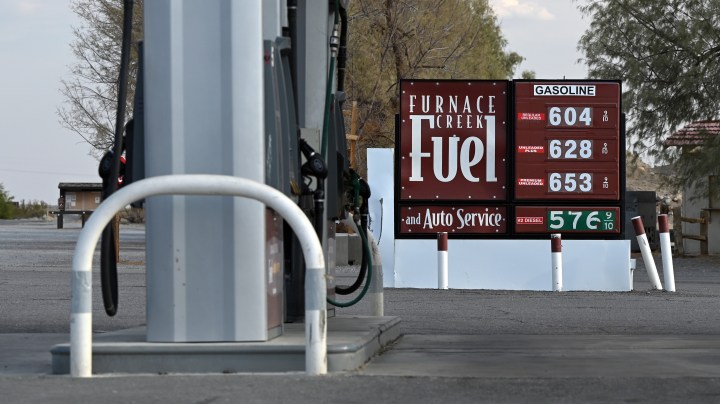 COPY
Gasoline, which has been going up in price, takes a larger bite out of many rural residents' budgets because they drive longer distances than urbanites do. David Becker/Getty Images

Gasoline, which has been going up in price, takes a larger bite out of many rural residents' budgets because they drive longer distances than urbanites do. David Becker/Getty Images
Listen Now

The economic news of Thursday will be the latest monthly consumer price index — and there’s a good chance it’ll show inflation is still high across the U.S.

“Marketplace” recently took listeners on an “inflation tour” in three cities. But in rural areas, inflation is playing out differently — and the CPI doesn’t necessarily reflect rising prices there.

The CPI captures how much consumers in urban areas spend on goods and services, with the key word being “urban.” It misses some of the nuance of rural life, according to Megan Lawson with Headwaters Economics.

“Households in rural places spend their money differently than households in cities,” she said.

Take, for example, gasoline. Rural residents spend more to fill their tanks and more often, Lawson said. “Because you just have farther to go to get to school, to get to the grocery store.”

Other basics, like food, furniture, energy and even new and used cars cost more in rural areas, said Aditya Bhave with Bank of America Research.

“Those are precisely the categories in which we’re seeing the most inflation,” he said.

Some costs just aren’t included in an urban-centric inflation measure. Like hay — in some areas, it’s more expensive because of water shortages.

“The price of hay jumped 20%,” said Janie Burns, who owns Meadowlark Farm in Idaho. She spends much of her day tending lambs and sheep — “feeding expensive hay to a bunch of hungry sheep.”

Burns has to pass on the cost of that expensive hay to buyers at the local farmers market. “Absolutely,” she said. “There was no question that I had to do it.”

Now, the CPI does track meat costs, so those more expensive lamb burgers might be reflected in the rate of inflation. But, as with many things tied to this measure, that’s only if they’re bought by urban consumers.