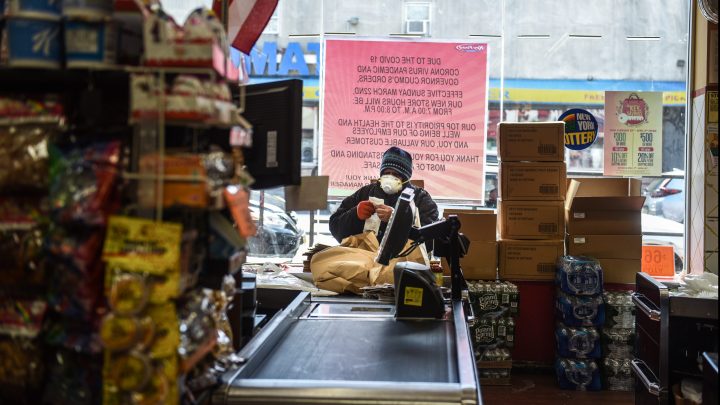 COPY
Food prices were up 6.3% in December from the same period a year earlier, according to the most recent consumer price index. Stephanie Keith/Getty Images

Food prices were up 6.3% in December from the same period a year earlier, according to the most recent consumer price index. Stephanie Keith/Getty Images
Listen Now

The Bureau of Labor Statistics will release January inflation data later this week. According to the December consumer price index, inflation was up 7% year over year, the largest 12-month increase since 1982. However, the magnitude of price increases varies greatly by city.

In Atlanta, prices were up 9.8% annually, the biggest increase of any of the urban areas studied by the BLS. Inflation in Detroit, at 7%, matched the U.S. city average, while prices in San Francisco rose 4.2%, the smallest gain year over year of the selected local areas in the BLS report. We looked behind the numbers to find out what’s driving inflation and how it’s affecting consumers and businesses in these cities.

Caroline Fohlin, a professor at Emory University, said the reason inflation rates vary in different parts of the country can be as simple as a less-expensive area becoming a more popular place to live. More people move there and drive up prices, creating a greater rate of inflation than a city that was expensive to begin with (like San Francisco).

Lester Gouvia, owner of Caribbean restaurant Norma G’s Detroit, is seeing price increases on “probably 90% of the things” he buys. A 35-pound container of frying oil has gone from around $17 to $47, and oxtail, one of the most popular items on his menu, has risen from around $4.50 to $10 per pound. Gouvia has had to raise prices on his menu several times, but said most of his customers are understanding because they’re seeing their grocery bills go up, too.

In addition to food prices, Gouvia’s utility and internet costs at Norma G’s have risen, and he’s raised wages for his workers. “It’s been challenging,” he said. “But you have to keep going, or else, you know, you shut the doors.”

Cynthia Cummins, founder and principal realtor at Kindred SF Homes in San Francisco, tries her best to tune out most day-to-day price increases “because everything costs so much here.” Both her therapist and her house cleaner increased their rates by 25%, but this wasn’t a surprise for Cummins. “I didn’t even blink. I just said, ‘Of course, your rates have gone up. I understand.'”

Homes prices remain high in San Francisco. According to the California Association of Realtors, the median price for a single-family home last December was $1.2 million.

“Price increases have made my job more absurd,” Cummins said. “I have to have a sense of humor when my clients write an offer, and we hear that somebody else offered a million dollars more,” she added. “The way to survive is to not take it too seriously.”