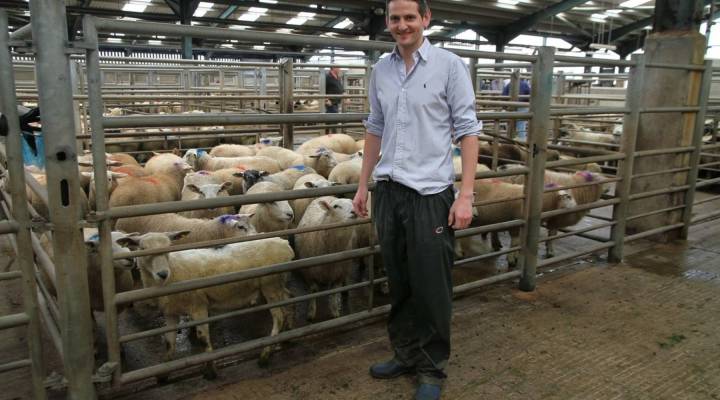 COPY
“It's very different to what's been portrayed in the media,” said James Johnston, director of the Ulster Farmers Mart in Enniskillen, Northern Ireland. "There's free movement across the border. And I think just the general consensus, whether somebody's voted to leave or voted to remain, they're all united to keep up that freedom of movement.” Courtesy of the BBC
Brexit

“It's very different to what's been portrayed in the media,” said James Johnston, director of the Ulster Farmers Mart in Enniskillen, Northern Ireland. "There's free movement across the border. And I think just the general consensus, whether somebody's voted to leave or voted to remain, they're all united to keep up that freedom of movement.” Courtesy of the BBC
Listen Now

For the latest installment in the series, we hear from James Johnston, director of the Ulster Farmers Mart in Enniskillen, Northern Ireland, who describes what it’s like to live near the Irish border as Brexit negotiations have marched on.

My name is James Johnston, and I work for Ulster Farmers Mart, which is a family business, in the town of Enniskillen. We run a livestock sales business, mainly cattle and sheep. We’re right on the border, so there’s certainly a lot of confusion, a lot of uncertainty around Brexit.

It’s very different to what’s been portrayed in the media. There’s free movement across the border. And I think just the general consensus, whether somebody’s voted to leave or voted to remain, they’re all united in terms of just keeping up that freedom of movement.

Personally, I was for Brexit. I just feel that the European Union, as it currently is, has just taken more and more authority and more and more power, and I think to have your own autonomy and your own freedom outside of those constraints would be a positive thing in the longer term. But also we would have other farmers, quite a number of sheep farmers, who very much feel that it’s beneficial to stay within Europe and to be part of the same regulations on the same rules because it makes trade easier.

Speaking to people more at grassroots level, the consensus is that there will be some sort of deal, that it won’t be left to a no deal. Reasonable minds will get together and get something put in place, but certainly it’s very much in people’s minds, and just the uncertainty on the whole question of what’s going to happen, especially with the border, it’s something that people are thinking about constantly and very much concerned by.