There’s a language known as Aragones, spoken in northern Spain. If you don’t recognize it, that’s understandable. The language has fewer than 10,000 native speakers.

Aragones is one of thousands of endangered languages worldwide. A newly launched partnership between academic institutions and Google aims to preserve those languages.

“A language is endangered when it’s not being passed on to the next generation,” says Antony Aristar. He directs the Endangered Language Project and says as the world becomes more connected, languages are getting left behind. “People typically want their children to live modern lives and that means wealth, and wealth means jobs. Jobs often require that you speak the dominant language in the area, and that means that some parents feel the best way to make sure the children actually have good lives is to have them abandon their own language.”

Google’s participation in the project stems from its nonprofit arm, Google.org. Jason Rissman, a project manager at Google, sees a future where a well-stocked web presence informs future generations. “If you are a language community member or a linguist, perhaps you’ll actually be able  to contribute recordings or other sorts of documentation of the language, or if you’re involved in curriculum development or teaching, you might be able to help develop a teaching tool  that could be useful for passing these languages on.”

Languages like Munji in Afghanistan, Nez Perce in the United States, Koro in New Guinea. Tracking down the necessary data to preserve a language is not easy, says Aristar.

Aristar: You try to preserve narratives especially. You have field linguists that go out there and try to write the grammar and get a dictionary, things like that. That’s one kind of preservation. The other kind is to try to pass all this back to the community so that they can use it to for example to teach children who aren’t learning the language under normal circumstances.

Moe: What do you hope the legacy of this project will be?

Aristar: I am hoping we will have many more communities who realize it’s perfectly possible to preserve their own language, and still speak the dominant language as well. So often, the cultural wealth that exists in a culture exists through the language itself. If that’s gone, the cultural continuity is gone. So, we hope we see as many cultures preserved as well as languages.

You can find out more about the project at endangeredlanguages.com.

Now, no one should ever pretend to be Bill Murray. Here with me to discuss that, is — I can’t believe we got him — Bill Murray.

Moe: Bill, someone got on Twitter using the name Bill_Murray and proceeded to rack up tens of thousands of followers. THEN he stole tweets from other people, and passed off the jokes as his own. What did this guy do to your reputation?

Murray (from “Ghostbusters”): He slimed me.

Moe: Yeah, I think so. Really got a lot of people upset on Twitter too.

Moe: I don’t know if it went that far. Fake Bill on Twitter did start asking people for money and people sent it to him or them.

Murray (from “Rushmore“): Just remember, they can buy anything but they can’t buy backbone. Don’t let them forget that.

Moe: Anyway, he’s been removed and your reputation will be fine.

Murray (from “Caddyshack”): So I got that going for me, which is nice. 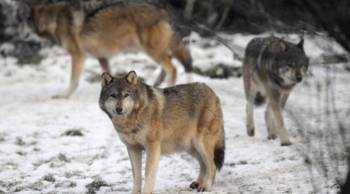