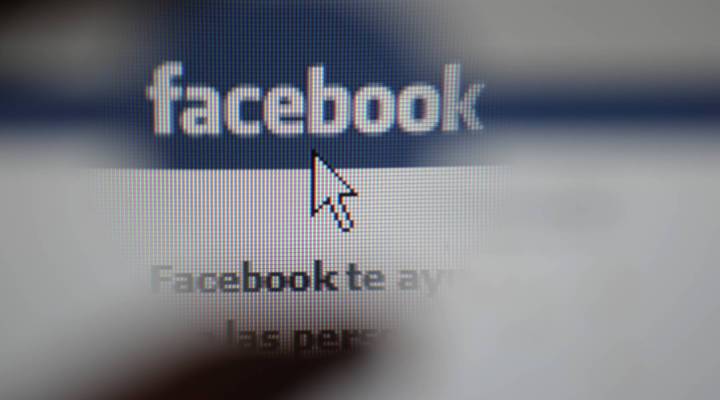 COPY
A week on, Facebook is grappling with small investors who want compensation for losses due to Nasdaq’s technical snags. JUAN MABROMATA/AFP/GettyImages

A week on, Facebook is grappling with small investors who want compensation for losses due to Nasdaq’s technical snags. JUAN MABROMATA/AFP/GettyImages
Listen Now

Kai Ryssdal: Facebook’s a week old today as a publicly held company, and not many celebrations near as I could tell. Understandable: Investors are leery. Shares were off another 4 or so percent today. Lawsuits and subpoenas over the botched IPO are in the air.

Big banks lost tens of millions of dollars in the confusion last Friday. Retail investors are out too. Trades they thought had gone through didn’t. Buying — and more to the point — selling as the price fell. And they want someone to do something about it.

Marketplace’s Stacey Vanek Smith has the story from New York.

Stacey Vanek Smith: Virgina resident Rajeesh Gooty was so excited to buy stock in Facebook, he was at his computer when the markets opened and snapped up shares of the social network.

Rajeesh Gooty: Probably within the first hour of the opening.

Gooty: I had some difficulty, but I think the transaction delay took probably three or five minutes more than usual.

Gooty says he bought Facebook at $39 a share. Because of technical problems that affected the trading of around 30 million shares, many small investors who meant to buy Facebook at that price, ended up paying $42 — or more — for a stock that ended this week at $32 a share.

Stephen Leeb: It was a catastrophe.

Stephen Leeb is a money manager in New York. He says the Facebook flop also show the disadvantage small investors have. Many big institutions had information that convinced them, the stock was overpriced. Your average small investors didn’t know.

Leeb: That person had no idea that Wall Street was changing its opinion on Facebook. But if you were a big institutional fund manager, you got that information toute de suite.

Investors have started filing lawsuits, some mutual fund managers are asking for compensation from Nasdaq for customer losses. And Morgan Stanley — which took Facebook public — will reimburse customers for some losses.

Scott Kessler: A lot of folks had perceived this IPO as being the offering that was really going to usher in a new period of more active investor interest.

So far, Virginia investor Rajeesh Gooty is holding onto his stock. He says in spite of a rocky first week, he still thinks Facebook is a good bet.