Chef Charlie Trotter on why he’s closing his restaurant

Chef Charlie Trotter on why he’s closing his restaurant

Jeremy Hobson: Last night, many of the world’s great chefs gathered in New York City for an awards ceremony that’s considered the Oscars of the food world. It’s also known as the James Beard Foundation Awards. The Humanitarian of the Year Prize went to Chicago chef Charlie Trotter, whose foundation helps poor kids attend culinary school. It was a particularly bittersweet award because after 25 years, Trotter is closing his famous Chicago restaurant this summer. We are joined now by the man himself, Charlie Trotter. Good morning.

Charlie Trotter: Good morning. Delighted to be with you.

Hobson: It’s great to have you here, but tell us why you’re quitting. Why are you hanging up the chef’s hat?

Trotter: Well hold on, sailor — I’m not quitting anything. I’m actually closing the restaurant after 25 years. Five years of learning the craft and the business, and then now come August, 25 years of running it, I thought it’s time to return to academia. Nothing more than that.

Hobson: But I mean, you’re one of the greatest chefs in the world. Isn’t this your calling?

Trotter: Well, I’ve got a lot of callings. You can’t just limit it to one. Five years ago, I almost did this. I almost said at 20 years, maybe I should do something that I’ve always wanted to do, which is return to the great books and continue to study philosophy and political theory and things that I love. So can’t really do that and run a business at the same time. It really boils down to that.

Hobson: Let me ask you about some of the things that I’ve read about your decision to close the restaurant. One, that it only got two Michelin stars in the recent guide; two, that you’ve had business down 15 to 20 percent, according to you in the New York Times; and that maybe with a 25-year-old restaurant, you’re no longer the fresh, hot thing in Chicago. Is any of that true?

Trotter: I don’t know — who knows if it’s true or not, that has nothing to do with it. I’ve been to every Michelin three-star restaurant in the world, and some of them, many times, I know we’ve accrued many accolades and other distinctions that we’re proud of, but no — this is something I’ve been thinking of. As I just said, maybe you didn’t remember, but five years ago, I was going to actually do this. Life’s too short to devote yourself to a single thing, and luckily for me, I’m interested in other things. And one must pursue those things.

Hobson: Let me ask you about the business a little bit: When I was growing up in Champaign-Urbana, Ill., I remember my parents going up to your restaurant for a wedding anniversary.

Trotter: I remember those two — they were never on good behavior. They were rowdy and maybe a little bit too much to drink, that sort of thing.

Hobson: Well it was a very exciting meal for them, as I’m sure happens a lot with you. When people go to your restaurant, it’s got to be one of the highlights of their year, at least food-wise. How much pressure does that put on you as a chef?

Trotter: No pressure at all. Really what you do as any sort of artisan or worker of any sort, you figure out a way to exceed expectations. Fine dining is the one luxury experience that’s pretty much available to everyone — not every day or once a week, but maybe once a year, because it only costs something like $100 an hour for the experience. And it takes 80 people to do. Whereas even the lamest plumber charges $115 an hour and he’s by himself. So fine dining is a luxury experience that is available and accessible to everybody.

Hobson: Charlie Trotter, chef and owner at Charlie Trotter’s in Chicago, which will shut its doors after 25 years this summer. Thanks so much for talking with us.

Trotter: Thank you so much. 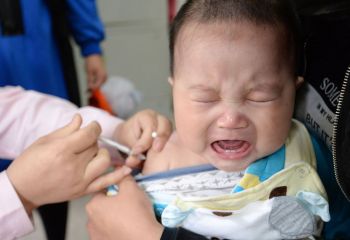 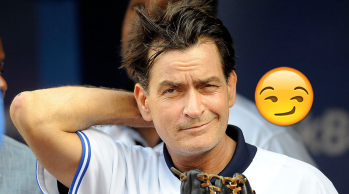