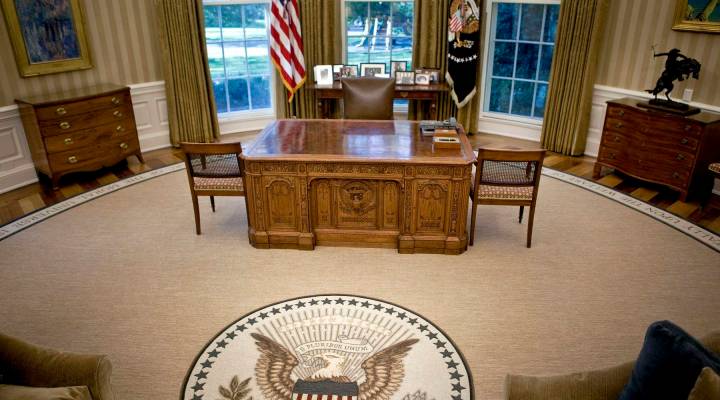 More fears about a slowdown in China this morning after the country reported it had a trade surplus in March — largely because the Chinese bought less stuff from other countries.

U.S. small business confidence dropped in March for the first time in six months amid widespread pessimism, adding to evidence suggesting that economic growth slowed in the first quarter.

There are already cable news programs called The Situation Room and The War Room — What about the Oval Office? Well now it’s here… sort of. Conservative TV host Glenn Beck has apparently built an exact replica of the Oval Office for his show on GBTV. He’ll be using the set for weekly speeches about the things he wishes the President would say to the American people. A spokesperson for his channel says the speeches will be quote: ‘Reaganesque.’

A couple of inventions pulling in opposite directions this morning.  One of the them is an app called “Dream: On” that helps you curate your dreams.  It plays music and soothing voices when the iPhone-which you are now sleeping with–detects that you’ve stopped tossing and turning and have entered the dream stage of sleep.  The other invention is an infernal alarm clock that won’t stop blaring even if you unplug it. The alarm doesn’t go off until you punch the date into a touch pad designed to be placed in the bathroom or kitchen.  The 25 year old engineer in New Jersey who came up with it says he’s been flooded with orders