Kai Ryssdal: It’s gonna be a busy weekend for the Republican presidential candidates. Ten states vote next Tuesday — Ohio, Virginia, Massachusetts and Tennessee among them. We’ve been to some of those states this week for our election coverage, The Real Economy, what actually is going to matter come this November.

Today we begin with a well-worn GOP applause line, “repeal Obamacare.” It’s has become theme in the GOP primaries. But there’s at least one group of Republicans voters not cheering — those who find health reform good for business.

Blake Farmer of WPLN reports from the health care hub of Nashville, Tenn.

Blake Farmer: The health care sector drives the local economy. It employs more than 200,000 people. They represent wide-ranging political views. But it’s an industry that has tended to align with the GOP, a party that uses “Obamacare” like a curse word.

Farmer: So I’m hearing you say, you’re not going to find Chris Redhage arguing on behalf of more regulation. But if they exist, you’ll find a way to make money off of ’em?

Redhage: Exactly, and isn’t that what entrepreneurs are all about?

At a dialysis clinic downtown, a tech distracts her patient as she inserts an IV and gets the blood flowing through the machine.

As part of the 900-page Affordable Care Act, new rules increase penalties if techs, nurses or even doctors see patients while their license is flagged in another state. Could be they committed Medicare fraud in Maine or just stopped paying student loans in Louisiana. Redhage’s IT startup — called Provide Trust — offers what amounts to a non-stop background check, and business is booming.

Redhage: We call it regulatory tailwinds that are really driving the growth of our company.

With 5,000 employees spread across 27 states, Nashville-based Dialysis Clinics, Inc. has reluctantly purchased the service. Compliance officer Peggy Williams says one tech slipping through the cracks could cost tens of thousands of dollars.

While Republican candidates are promising repeal of the Affordable Care Act, Williams doesn’t see that happening, and she’d rather it not. The health care overhaul will provide near-universal insurance coverage, which could be good for any company that currently treats patients who can’t pay. Nashville-based hospital chains are some of the biggest potential winners.

Craig Becker: Frankly, in our circles, nobody talks about wanting to repeal “Obamacare.”

Craig Becker is director of the Tennessee Hospital Association.

Becker: They want to see individual coverage. That’s really been our Achilles’ heel.

And whether health care CEO’s feel warm and fuzzy about “Obamacare” or they’re just holding their nose, industry strategist Molly Cate says they’re all trying to figure out how to operate under the new law.

Molly Cate: There will always be moaners, let’s face it. But I think the majority of people have accepted it as a fact of being in the health care business.

Cate regularly surveys health care insiders. Her most recent poll shows they think the health care overhaul is “unstoppable,” no matter who is president. 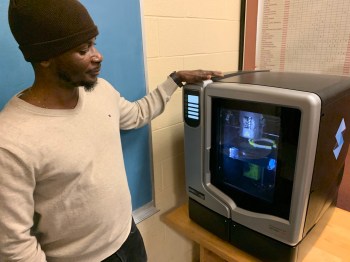 Volunteers are making masks to help with COVID-19 shortages. Who will use them?