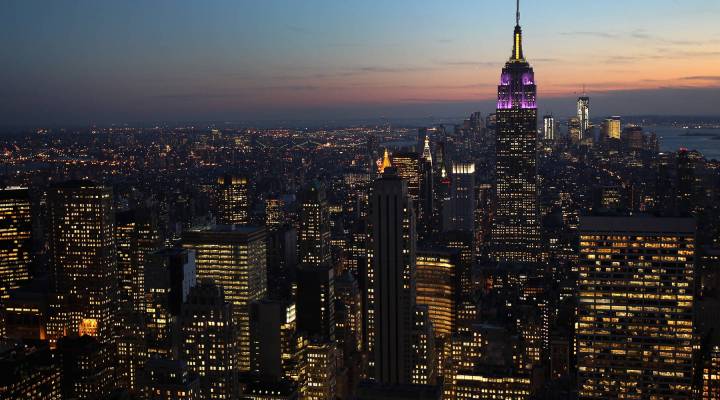 Kai Ryssdal: Forget Facebook, I’ve got a whole new IPO for you. The owners of the Empire State Building filed papers to go public this week.

We had Stacey Vanek Smith check it out.

Stacey Vanek Smith: The Empire State Realty Trust is hoping to raise a billion dollars selling shares in the group of buildings that that includes the art deco icon. And they might just get there, says David Menlow, president of IPOfinancial.com.

David Menlow: There’s a lot of nostalgia obviously that is attached to the Empire State Building. It will command a premium.

You could call it the “King Kong” bump.

And you can’t forget the ill-fated date Carey Grant makes with Deborah Kerr in “An Affair to Remember.”

“An Affair to Remember” movie clip: How about the top of the Empire State building? Oh yes! That’s perfect! It’s the nearest thing to heaven we have in New York!

If heaven charged $20 at the door — and that’s part of the point, says Max Wolff, senior analyst at Greencrest Capital. Ten thousand people visit the Empire State Building every day. And most of the building’s money doesn’t even come from those ticket sales.

Max Wolff: The Empire State Building has more office space than some downtowns of mid to small American cities.

Almost three million square feet. All told the Empire State Building is bringing in about $17 million a month, partly thanks to its star power.

Wolff: It’s a marquee building. It will probably always be largely rented out because people desire that coveted address.

That coveted address also makes it a target. The owners mentioned terrorism nearly 50 times in the papers they filed to go public. Still, says Wolff, the Empire State building is generating buzz among investors.

Wolff: That is an anchor to get investors interested again in betting on real estate.

And Wolff says the real estate market could really use some stardust right about now.