The economy is a ball and chain around Obama’s ankle

The economy is a ball and chain around Obama’s ankle

Kai Ryssdal: As if we needed confirmation that everything in Washington this year is being done with one eye firmly on the November election, no sooner did word leak about the Keystone pipeline decision this morning than House Speaker John Boehner said the president was hurting the economy. ‘Course, the decision by the White House itself was political too, so that’s the way it’s going to be this year — tit for tat on the economy.

Today, we’ve asked two commentators — one Republican, the other a Democrat — to explain on how the economy will almost certainly hurt the other guy worse come Election Day.

First up, alphabetically, from the GOP side, Todd Buchholz.

Americans aren’t shy about firing their president when the economy flounders. That should worry President Obama. Today the jobless rate is 8.5 percent and drifting lower. But the American people threw out George Herbert Walker Bush in 1992 with a 7.4 percent jobless rate — and he’d won the Gulf War.

Reagan, like Obama, inherited a lousy economy. But Reagan won a landslide re-election with patriotic ads that rang true because Reagan himself appeared like a nostalgic Uncle Sam poster. People felt his tax cuts worked. The slogan: “It’s morning in America.” What can Barack Obama say? “It’s 2012, but it’s not the end of the world!”

Obama’s got to do more than prove the Mayans wrong. He’s got to show he’s on the side of discouraged independents. That’s tough when you come off as cool as a be-bop riff. Obama told Rolling Stone he listens to a lot of Miles Davis. But Davis used to play with his back to the audience. A president is not a jazz virtuoso. Instead he’s our national talk show host — Johnny Carson, Brian Williams, Conan, Regis, Letterman and Leno rolled into one. Right now, when Americans see Barack Obama, they’re ready to change the channel.

Ryssdal: Todd Buchholz is a former White House economic adviser. His new book is called “Rush: Why You Need and Love the Rat Race.” Check out the commentary from Democrat Jamal Simmons.

Tell us what you think — write to us. 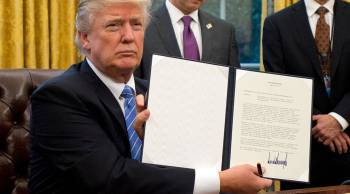