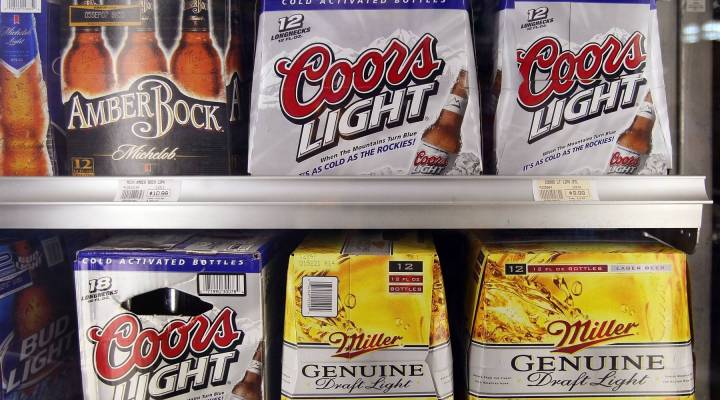 Coors Light’s spot in the American Beer rankings is up. It knocked Budweiser out of the number two spot in terms of shipments. Bud Light remains on top.

China today reported its lowest trade surplus in three years. That’s as Chinese exports took a big hit in Europe — because of the sour economy there. And its import growth took an even bigger hit as Chinese consumers bought fewer things last year.

To New Hampshire, which, if you haven’t noticed, is holding a primary today in the Republican Presidential contest. The Granite State isn’t very representative economically. It’s got the fourth lowest jobless rate in the nation: 5.2 percent. And it’s got the lowest poverty rate in the country: 8.3 percent. And yet, according to a recent Bloomberg News poll, the number one issue for voters in New Hampshire today is the economy.

A lot of folks embark on some sort of weight loss plan this time of year. And one company wants to get Fido involved in that too. Nestle — the Swiss company that owns Jenny Craig and Purina — has started an online program to help people and their pets shed the pounds. On their website, users can follow overweight cats and dogs on their fitness journeys. Through movies and before and after pictures. But I’m curious, if you fall off the wagon with that bucket of fried chicken, will you be taking Fido with you?