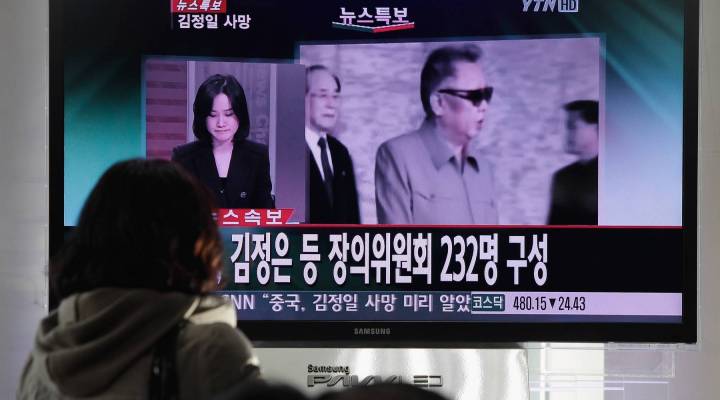 PODCAST: The latest Saab story, what’s next for North Korea

PODCAST: The latest Saab story, what’s next for North Korea

South Korea is on high alert this morning. And all that uncertainty around the death of Kim Jong-Il has rattled Asian markets.

We’re back to gridlock in Washington today. House Republicans decided not to go along with a bipartisan payroll tax cut bill approved by the Senate over the weekend. Congress is back at it today.

In Spain, the new Conservative Prime Minister outlined his plans for budget austerity today. Spain’s unemployment rate is 23 percent overall and 46 percent for people under 25-years-old.

The most annoying word of 2012, isn’t like–“like.” And it’s not like well you know… “you know.” No, it’s “whatever.” That’s according to a survey by the Marist Institute for Public Opinion. Whatever, they say, is like seriously annoying to people. Literally. I’m just sayin.

To a restaurant in Cambridge Massachusetts that has a pasta dish so spicy. You have to sign a waiver before you eat it. According to WBZ-TV, some people have needed medical assistance after indulging at the East Coast Grill. One man’s reaction was quote: “Pain. I can’t breathe. I can’t talk. It tastes good at first. Now I can’t taste anything.”

And in today’s Mid-day Extra, we look at MTV’s newest campaign to get voters to the polls.