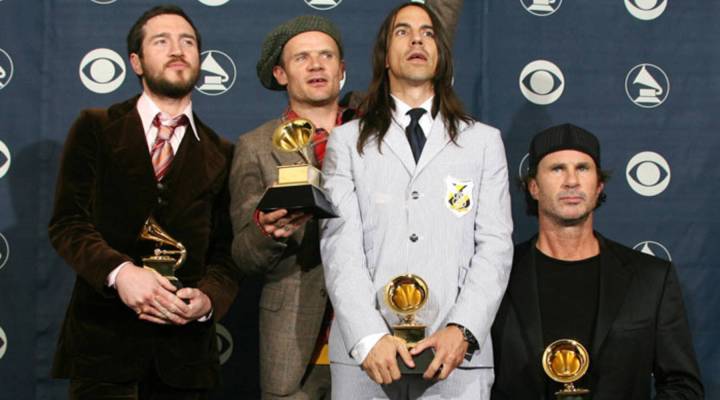 Mid-day Extra: Ready to Rock into the Hall of Fame

The Red Hot Chili Peppers are among the bands to be inducted into the Rock and Roll Hall of Fame in 2012. GABRIEL BOUYS/AFP/Getty Images
Mid-day Update

Mid-day Extra: Ready to Rock into the Hall of Fame

The Red Hot Chili Peppers are among the bands to be inducted into the Rock and Roll Hall of Fame in 2012. GABRIEL BOUYS/AFP/Getty Images

We got word early early today, about the latest inductees to the Rock and Roll Hall of Fame.

You know who made the list? The Beastie Boys, Guns N’ Roses and the Red Hot Chili Peppers.

The ceremony’s not until April, but the announcement itself can boost record sales as much as 40 to 60 percent in a week, according to market watchers.

In today’s Mid-day Extra, we ask: what does joining the Rock and Roll Hall of Fame do for an artist?

We spoke to Joel Peresman, president and CEO of the Rock and Roll Hall of Fame Foundation, who had just gotten off the phone with Donovan, another one of the inductees.