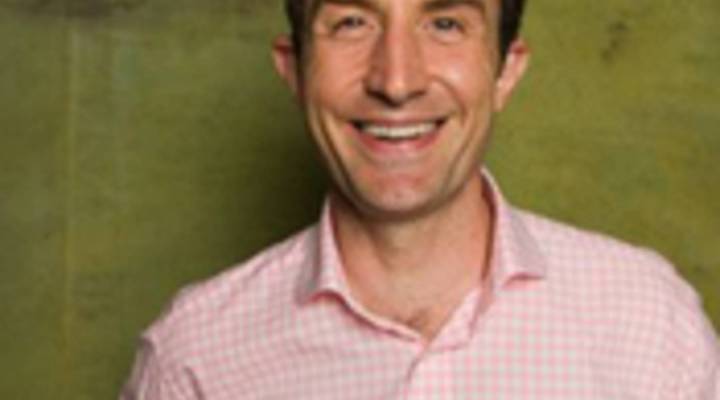 Steve Chiotakis: President Obama today will again hit the road to pitch his American Jobs bill — he’s going to be in North Carolina a little later. And as far as jump-starting the U.S. economy goes, government really has only a couple of ways to do it — through fiscal and monetary policy. They’re very different, and often confused.

So to help us understand the difference, I’ve asked Marketplace senior editor Paddy Hirsch to come in and give us a little primer. Hey Paddy.

Chiotakis: So fiscal and monetary policy — what’s the difference between the two?

Chiotakis: The Fed – the Federal Reserve?

Hirsch: Right. So the Fed uses various methods to keep money flowing through the system at just the right rate — to keep inflation low and to keep people employed.

Chiotakis: But isn’t the Fed part of the government?

Hirsch: Yeah, but not in the way the Treasury is. Have you seen the movie The Godfather?

Hirsch: So you know who Tom Hagen is, right?

Chiotakis: He was the consigliere, right?

Chiotakis: Alright, so who’s the Fed?

Hirsch: The Fed is Luca Brasi.

Hirsch: Yeah. So Luca, right, is not a fully paid-up member of the family. They contract him, they have oversight of what he does, and he checks in with them now and again, but otherwise he has a pretty free hand to do the business of the family — if you like — using the various tools at his disposal. Right, well the Fed is pretty similar to that. The governors are appointed and overseen by Congress, but they can use any of the tools that they have.

Chiotakis: So what are those tools? We’re not talking piano wire and guns here, are we?

Hirsch: No, no. But the Fed’s instruments are pretty blunt as well. You know, it adjusts interest rates, it lends to banks, it makes the banks hold certain amounts of reserves at the Fed — and this is all to keep money flowing through the system. The problem is, it’s used all of those tools, and we’re still not moving. So right now, the Fed looks a bit like Luca Brasi standing in the street with a bent knife, and a busted hammer, and an empty gun — and the target’s still coming.

Chiotakis: So that’s it?

Hirsch: Well no, I mean, the Fed may be out of the picture, but the Congress still has options. The problem is that the Congress, in order to get anything done — taxing, spending, and raising money — they’re going to have to agree. And just like a family of waring mafiosi, right now, they’re not agreeing on anything.

Chiotakis: Marketplace’s senior editor, and Whiteboard guy — and you’ve got a Whiteboard on this right?

Hirsch: Yeah, we’ve got a Whiteboard on this, it’s all there at marketplace.org, you can check it out.