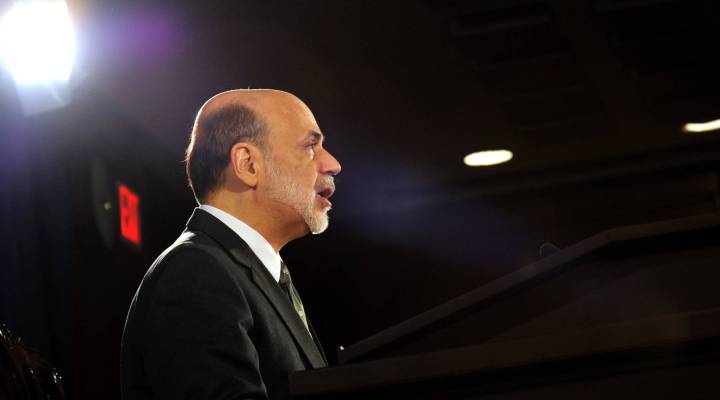 The country’s GDP grew at a dismal 1 percent in the second quarter. Gross Domestic Product is a tally of all the goods and services the country produces, and it’s considered to be the measure of economic growth. This will put even more pressure on Federal Reserve Chief Ben Bernanke.

One market bucking the trend? Japan. The Nikkei Index ticked up a bit after Japanese Prime Minister Naoto Kan just announced his resignation.

And we just got some more evidence that our economic slump looks a little different from the top. The upscale jewelry company Tiffany & Co. says in its latest quarter profits were up 33 percent from a year ago.

Our financial problems are solved! At least on a galactic level. A planet has been discovered in the Milky Way that is made entirely out of diamond. It has roughly the same mass as Jupiter — and may be the biggest diamond in the universe. Engagement rings for everyone! How much is it worth? Well, diamonds are $5,000-a-carat and the planet has an estimated 10 to the 30th powers worth of carats — which adds up to more than our budget deficit (imagine that). Too bad it’s 4-thousand light years away…

Move over food trucks — the new thing in Boston is the sneaker truck, a traveling shoe store. The Green Street Vault, as it’s called, drives around the city selling shoes. But according to the Boston Herald, one old-fashioned shoe store wasn’t too thrilled when the truck parked out front. Apparently, it wasn’t long before the meter maid arrived.