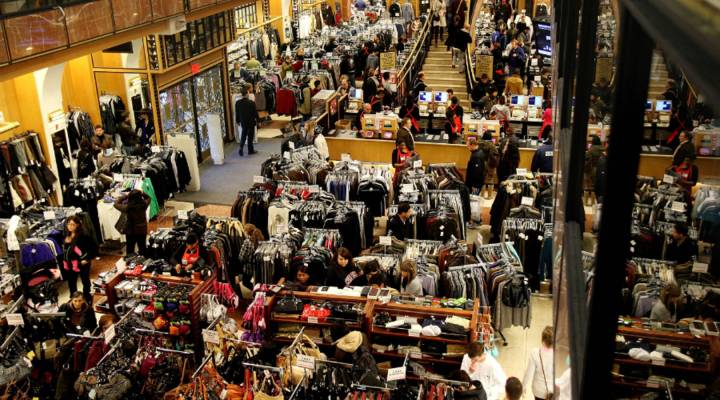 Quarterly Gross Domestic Product numbers were released Friday morning, and they fell short of economists’ predictions at 1.2 percent year-over-year growth. Wall Street consensus had been that the measure was likely to go up to 2.6 percent after a sustained dip earlier in the year. Instead, the Bureau of Economic Analysis adjusted the previous quarter’s estimates even further down.

These numbers come at an interesting time, right at the tail end of two weeks of very politicized conversations about the U.S. economy. GDP is often framed as a measure of economic growth and prosperity, but some argue that’s a fallacy.

GDP has been growing at a fairly steady rate since the recession officially ended in 2009, but as we know, even as GDP grows, people can still be unhappy, underpaid, and lacking opportunity. As Robert Kennedy said while he was running for president during a similarly raucous election cycle in 1986, “It measures everything in short, except that which makes life worthwhile.”

All week long at the Democratic National Convention and in Hillary Clinton’s acceptance speech Thursday, we heard quite a bit about what’s still not working in this economy. She highlighted wage stagnation and inequality, both problems that are borne out in the numbers. And she and other speakers also talked about the lack of opportunity, the feeling that especially working class and poor people can’t get ahead.

One alternative measure that goes beyond GDP is the Social Progress Index, which ranks countries on a mix of things like education, health, environmental protections and personal freedom. It asks not just how much countries are producing, but what they are doing with the benefits of economic growth. And in that index, the United States is behind most other countries with similar GDP per capita in most areas.

That measure, as well as studies looking at long-term wage stagnation and growing economic inequality, get at a theme we’ve been looking at this election: that politics is not just about left and right at the moment, but about insiders and outsiders. Lots of people right now feel they are not reaping its benefits of growth in this economy.

The divisions that exist in our country’s political system were the focus of our pop-up podcast at this year’s conventions, “Politics Inside Out.” It’s not too late to listen back.