Bob Moon: OK, so maybe it wasn’t really all that earth-shaking, especially for those of us perhaps a bit more jaded out here on the Left Coast. Still, today’s magnitude 5.8 shaker across the Northeast did cause air- and rail-travel delays; a precautionary shutdown of some nuclear power plants; and it emptied out office buildings from New York to Washington right in the middle of the workday. There was widespread, but mostly minor, damage.

We think it was only coincidence, but at just about the same time, Bank of America’s stock seemed to halt its seemingly relentless fall — well, for a while, anyway. Maybe investors got distracted. They’ve been shaken enough as it is, watching B of A shares swing to extreme lows all year. Even as bank profits have been on the rise, in general, B of A shares keep sliding — another 2 percent today.

Heidi Moore: Back in 2008, Charles Elson predicted trouble when Bank of America bought mortgage lender Countrywide and investment bank Merrill Lynch. Now, Elson — a professor at the University of Delaware — can say he told you so.

Charles Elson: I think that when they absorbed Countrywide, they ended up taking on a lot more than they had expected. And obviously, they are now paying for that today.

Bank of America’s bill for bad Countrywide mortgages is already in the billions. Chris Whalen, a prominent bank analyst, says the estimate of the final damage could be stratospheric as new lawsuits pile up.

Chris Whalen: You’re still talking well over $100 billion, conservatively. They could still win most of those cases and be in bad shape.

Whalen says investors don’t believe Bank of America knows the full extent of its own problems. That’s why the bank’s stock has fallen 50 percent this year. But even though the markets keep slamming Bank of America, none of its troubles are exactly breaking news. The bank says the criticism is overblown. Elson believes Bank of America has become a lightning rod for the entire housing crisis.

Elson: Nothing new has come out of that bank in several weeks. I think it’s a little unfair to penalize one institution for what, frankly, all the institutions were doing. 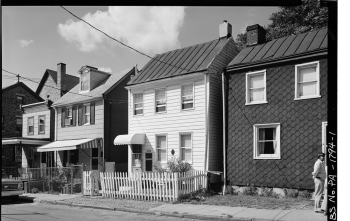