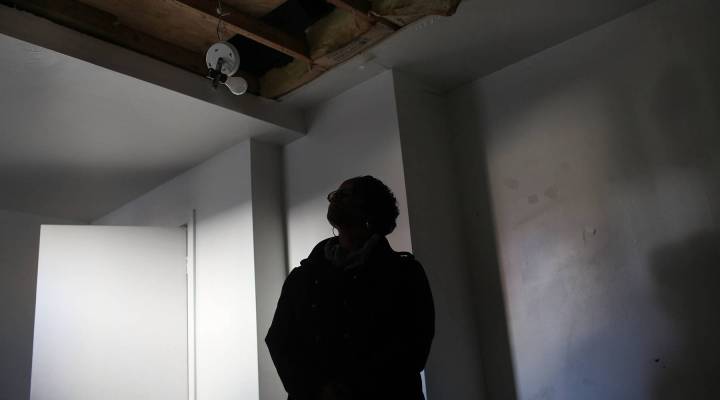 COPY
A woman, on a foreclosure tour, looks at a foreclosed home on November 21, 2010 in Derby, Conn. Spencer Platt/Getty Images
Maps: Housing

A woman, on a foreclosure tour, looks at a foreclosed home on November 21, 2010 in Derby, Conn. Spencer Platt/Getty Images
Listen Now

STEVE CHIOTAKIS: RealtyTrac said today the number of foreclosures
in July fell to a 44-month low. Foreclosures, of course, have been a drag on the housing market for years. So are things finally turning around?

Stacey Vanek Smith: Foreclosures have dropped this year and home prices have started to stabilize, but the bad economic news we’ve seen this week could set things back.

Richard Greene: It does change the game in that if we see unemployment start to go up again and people losing their jobs, then you’ll see foreclosures go up.

Housing economist Christopher Thornberg says we’re in for a bumpy rest of the year.

Christopher Thornberg: I don’t think the U.S. market is going to turn around anytime in the near future. The problem there is mainly due to the lack of equity and really only time can fix that.

That equity problem? It’s big. More than a quarter of homeowners in the U.S. owe more on their homes than their homes are worth. For that to change, Thornberg says foreclosures have to slow and employment has to pick up.

Maps: Housing
Tags in this Story
Share this Story