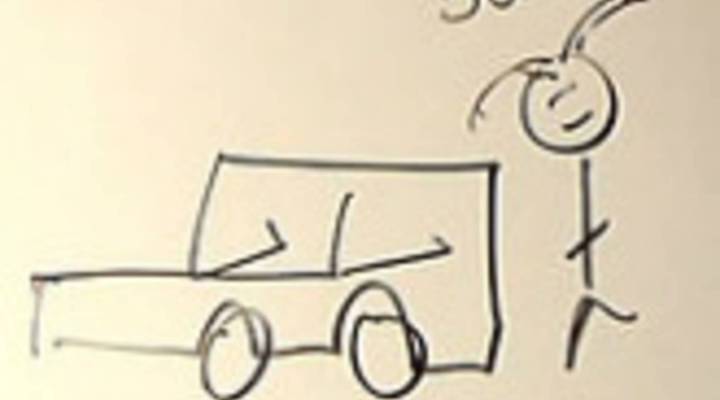 WHITEBOARD: What is a ratings agency, anyway?

WHITEBOARD: What is a ratings agency, anyway?

Here’s how I look at it. Imagine a house, full of medical students, none of whom have a car.

One day, John moves in. He has a very nice new VW Jetta TDI SportWagen, and he is immediately bombarded with requests from his housemates to lend him the vehicle for one thing or another. They’ll pay him of course, and John would like to lend his car to his housemates, but he knows there’s a reason insurance rates for students are high. And being a student himself, he knows that his housemates could well have a flexible attitude to the concept of returning the car on time and as clean and tidy as they found it.

But he has no idea who is more likely to return his car nice and clean and on time, and who’s more likely to crash it. He tells them that because he knows nothing about them, he can’t lend the car to them.

The housemates come up with a solution. John has moved into a room that used to be rented by a chap called Filch. Filch knows the housemates very well – he lived with them for years. They agree to take Filch out to dinner, and to get him to call John and give him the information he needs to lend his car out.

The next day, slightly hungover, Filch calls John and gives him the download on the housemates.

There’s Grace, who’s always immaculately turned out, her room is always tidy, and she is never, ever late.

There’s Tom, who’s a bit of a slob, but he’s an army brat, so he’s punctual. He used to have a car, but he rear-ended someone a few months ago — texting while driving — and his Mum took it away.

There’s Peg, whose mother is the CEO of some Fortune 500 company. She never does the dishes and forgets everything, from where she left her keys to when her mid-terms are scheduled.

And there’s Jim, who is a tidy enough chap, and very generous, but he does like his beer. Maybe a bit too much sometimes.

Filch says if it was him lending the car, he would have no problem with Grace, as she’s very reliable and careful. Tom is way too risky thanks to his texting record. Peg and Jim are somewhere in the middle, but Jim is a bit of a riskier bet, thanks to his beer habit.

John thinks this is a great system, as it allows him to price for risk. He knows Grace will get his car back to him on time and in pristine condition. No risk, so she pays a low fee — say two dollars after paying for gas. Peg is riskier, so five bucks, Jim the boozer pays ten bucks, and Tom has to pay 20.

Easy. And cheap! All he had to do was take Filch out to dinner — it would have taken John weeks to get that info on his own.

But the next day Terry and June from next door approach him — the people in their house would like to borrow the car too.

John takes Filch out to dinner again, and Filch tells him Terry and June are more reliable than Peg, but not as reliable as Grace. Filch gives June an A rating, Terry a AA and bumps Grace up to a AAA. And so on, with the rest of the house. Anyone who has crashed a car or been arrested for drinking gets a D, which means default.

In the real world, John is anyone who has money to lend. Banks or investment firms, who lend to companies and countries (and students too, sometimes). Finding out how likely a country or company is to pay interest and return their money is even more onerous and time-consuming than profiling students, so the banks and funds outsource the job — to a ratings agency.

You can see why ratings agencies are so powerful. They’re a way of saving time and money, and banks love to save money. But that’s not the only reason. A lot of the funds that financiers create have rules written into them, governing what kind of investments the funds can make. The so-called covenants might say the banks can only invest in AAA securities in this fund, or nothing less than BBB in that fund. Those rules mean that even if institutions wanted to do their own research, they have to use the ratings agencies as well. That’s a lot of power.

Most of the time ratings agencies do a pretty good job. But sometimes they make a mess of things. A lot of the time, they use models to predict behavior and performance. And sometimes a model ain’t enough. Sometimes a model doesn’t dig deep into the guts of an organization to find out what really makes it tick — and potentially fail. We saw this in the run-up to the financial crisis, when the models told ratings agencies to rate securities that had all the characteristics of our friend Tom as though they would behave like Grace.

A big mistake. Those Tom-like investments went out, loaded up on pills and booze and caused the mother of all car wrecks.

Leaving all of us, rather badly, needing a drink.