AT&T will begin throttlingthe top 5 percent of data users on its unlimited data plans in October. The change applies to users who were grandfathered into the unlimited plans, before AT&T dumped them last year.

Want to avoid that fate? Here’s what AT&T has to say:

Typically what puts someone in the top 5 percent is streaming very large amounts of video and music daily over the wireless network, not Wi-Fi. Streaming video apps, remote web camera apps, sending large data files (like video) and some online gaming are examples of applications that can use data quickly.

It’s the latest sign that mobile phone companies can’t keep up with data demand. According to Credit Suisse, North American mobile networks were at 80 percent capacity in July.

Where are data plans headed? A new article in PC World has some suggestions–including “social networking” data plans that allow users unlimited access to Facebook and Twitter and data caps that limit usage during peak hours.

Will the New York Times’ David Pogue and his iPhone sing-along buddies wind up disappointed? 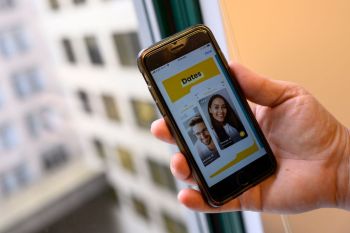