JEREMY HOBSON: Well elsewhere in Silicon Valley, we’ll get earnings from Apple today. And if yesterday’s quarterly results from IBM, Intel, and Yahoo are any guide we can all get ready to hear about a lot of iPhone and iPad sales.

JANET BABIN: All kinds of businesses bought more technology products from January through March, and that drove earnings and profits higher at tech heavyweights that make those products. Intel saw a rise in demand for its chips, and IBM saw strong growth in the demand for corporate data farms that support cloud computing.

Analysts thought Japan’s earthquake and Tsunami would disrupt tech’s supply chain more than it did. And Yankee Group analyst Carl Howe says that could still happen:

CARL HOWE: I think the supply chain is a little bit like the tsunami. The effects don’t hit till after the event happens, because it takes awhile for these disruptions to flow through.

But Howe says as the economy recovers, the tech sector will continue to lead the way. When people start new jobs they need new computers, and that feeds the tech industry.

JEREMY HOBSON: Today, Apple will tell us how many iPhones it sold in the last few months. And if yesterday’s earnings from Intel, Yahoo, and IBM are any guide — better prepare yourself for a pretty good number. So why are tech companies doing so much better than other big companies like Alcoa and Bank of America?

HOBSON: So what’s the answer to this? Why are these tech companies doing so well?

But analysts say it might it also may be that companies jumping back in buying new computer equipment as the grow and emerge from the recession. Also, Intel saw a rise in demand for chips, used in laptops. Although a lot of that increase is because of brisk sales in emerging markets like China and Brazil.

HOBSON: And Janet we look at this and we see — you know — we’re in the middle of a recovery, makes sense for these companies to be doing well. But why is Silicon Valley doing so much better than everybody else?

BABIN: Well, Jeremy, it may just be that tech is benefiting from low expectations. Analysts thought Japan’s earthquake was going to disrupt the global supply chain, and so far that hasn’t played out as expected. And there are still a number of tech heavyweights to report. As you said Apple comes out today, so you could argue that the jury’s still out on whether tech is really better than the rest.

HOBSON: All right, we’ll be waiting to see what Apple tells us. Marketplace’s Janet Babin, thanks. 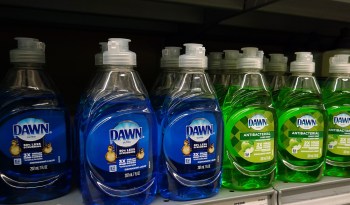