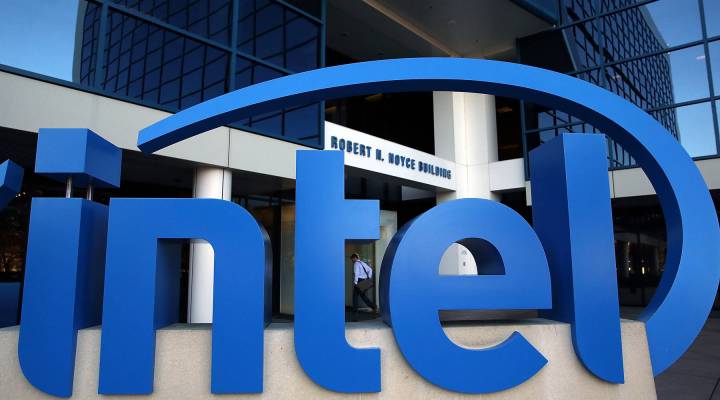 Intel reported fourth quarter earnings after the market closed Thursday, that showed a continuing decline in its PC chip sales and only a slight growth in its data center business.

Wall Street analysts polled by Thomson Reuters had expected earnings of 63 cents per share on $14.8 billion in revenue.

Revenues from data center business, only rose 5 percent to $4.3 billion, compared to 12 percent growth in the third quarter and double-digit growth in the first two quarters of 2015. The business, which sells Intel chips for servers that power data centers and cloud computing, accounted for almost 50 percent of Intel’s operating income.

“One of the important things to note with Intel is that the data center group that makes chips for servers that power cloud computing services such as Google, Facebook, and Amazon has become a bigger, bigger piece of the pie both on sales as well as on operating income,” he said. “So one of the important metrics is — despite PC’s being weak — will the data center group that makes these chips, will it be able to offset that? And in the fourth quarter it certainly did.”

He said one of the problems with the data center business is the unpredictability of orders.

“With the exposure to these cloud computing powerhouses comes inconsistency of revenues. As the PC market has dwindled you become a lot more dependent on the cloud services providers, but they tend to be inconsistent in their buying patterns,” Srinivasan said.