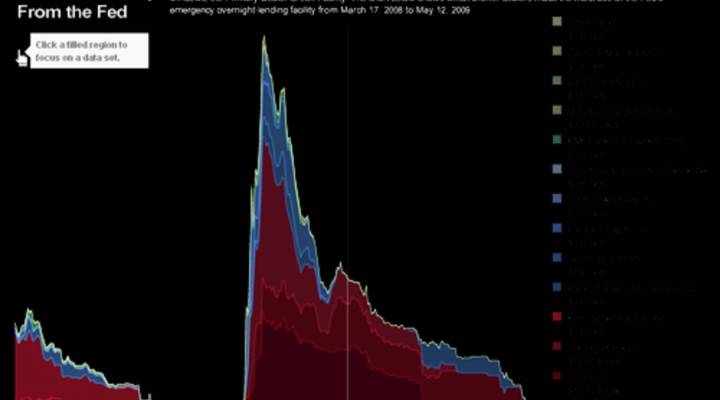 If you’ve ever tried to sort through transactions on your own bank statements, you will appreciate the work produced by The Wall Street Journal and ProPublica today to make some sense out of the stack of banking data released Wednesday by the Federal Reserve.

Under orders from Congress, the Fed made an historic data dump on its website, disclosing emergency loans to Wall Street investment banks, U.S. and foreign financial institutions and other companies during the financial crisis. The transactions date from December 1, 2007 to July 21, 2010.

The Journal produced an interactive chart that lets you visualize just how much money various institutions borrowed. ProPublica, meanwhile, made the data available in an easy-to-sort list.

Seeing the data so clearly reveals some interesting facts, which we’re reporting on this week. Here are few highlights:

To see the complete list, check out ProPublica’s website and see it in color at The Wall Street Journal.