JEREMY HOBSON: Today in Cancun, Mexico, 192 countries start their annual conference on climate change. Over the next two weeks delegates will try to rebuild momentum toward a global deal on carbon emissions, after they failed to reach a deal last year.

Let’s bring in Marketplace’s Eve Troeh from our sustainability desk. She’s in Cancun for the conference. Good morning, Eve.

HOBSON: So what’s at stake for the U.S. at this conference?

TROEH: Last year President Obama swept in, and he helped broker this eleventh-hour agreement. That was in Copenhagen. He won’t be here in Cancun. Instead Todd Stern is leading the U.S. He’s the Special Envoy for climate change. He says the many climate change skeptics just elected into Congress won’t change the way he negotiates. But they could actually have a drastic affect on climate change funding that the U.S. promised in Copenhagen last year. And of course anything the U.S. signs in Cancun has to be enacted in large part by that Congress as well. I talked to Eric Carlson at carbonfund.org, and he says the U.S. should have stayed home.

ERIC CARLSON: I think at this point the U.S. presence is a distraction and overall a negative. It’s time for the international community to step up and cut a deal and get this done.

HOBSON: And Eve set the scene for us. What is the feeling there on the ground so far?

TROEH: Mexico considers itself a leader for clean energy in the developing world and it’s really putting on a show to prove that. The conference shuttle buses are on bio-diesel. There’s this one huge wind turbine that we’ve been told is recently built, it’s definitely supposed to be a symbol for climate change action. But it looks a little lonely standing there by itself — so the show goes on.

HOBSON: OK Marketplace’s Eve Troeh will be there for the show and our sustainability page launches today. It’s got more than 100 tips on reducing your energy and water use. Eve thanks so much. 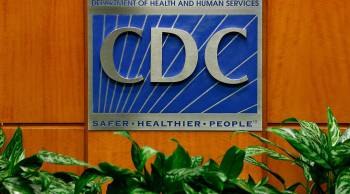 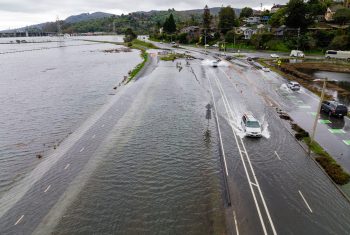 Cancun Climate '10
Tags in this Story
Share this Story