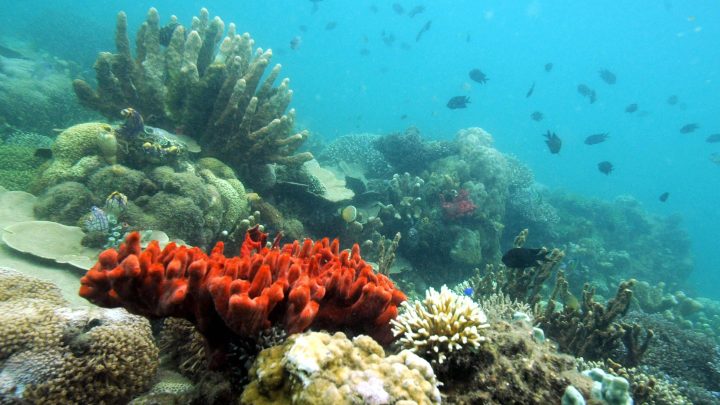 Earlier this year, Hurricane Delta triggered the first payout of a new type of insurance policy. It’s an experiment in climate adaptation that insures natural ecosystems (in this case, a coral reef in the Mexican state of Quintana Roo) against damage from hurricanes.

Kathy Baughman McLeod, senior vice president and director of the Adrienne Arsht-Rockefeller Foundation Resilience Center at the Atlantic Council, helped develop it. The following is an edited transcript of her conversation with “Marketplace” host Kai Ryssdal about where the idea to insure coral reefs came from, and how it could help communities become more resilient to the impact of climate change.

Kai Ryssdal: Tell me, would you, where this idea for insuring coral reefs, where that came from?

Kathy Baughman McLeod: I have been working in conservation and in risk and risk management, and we began to think, “OK, you need a product, you need to show the value of how nature protects people and economies.” And so we started thinking about what would we insure? And can we insure nature itself? Who owns it? And how do you do it?

Ryssdal: Yeah. So, there’s a coral reef, off Quintana Roo, down in Mexico, near Cancun, which was the subject of the story in [The New York Times] that I read, and obviously, the insurance policies that you all came up with. Does the municipality of Cancun or the state of Quintana Roo just call Lloyd’s of London and say, “Hey, I want to insure my coral reef?” How does it work?

Baughman McLeod: No. And you know, I shouldn’t say it’s more fun than that —

Ryssdal: Oh, gosh, insurance more fun than that? How surprising.

Baughman McLeod: Yes. People — their eyes roll back, and you lose people in a second when you say “insurance,” [but] it’s super exciting. It really is. You know, with $32 trillion in assets under management, the insurance industry, they change markets. And they are invested in reducing the risks that they face, you know — both financial and physical risk. But the key thing is that we were trying to insure something that no one owns. And so how do you build the conversation so that you focus on the beneficiaries?

Baughman McLeod: Yes, mostly. So, the coral reef and the beach go together. A healthy reef is acting as a natural seawall. When you think about the tourism industry — so that in Quintana Roo, that tourism industry is $10 billion a year. And the hotels and the restaurants and things on the beach are being protected by that reef. And so the money pays to keep the reef in health, so it can continue to provide that ecosystem service to protect the economy on the shore.

Ryssdal: So if I’m an insurance company, and I know that the climate is changing, and that coral reefs are in danger, or sequoias in California are at wildfire risk, or take your pick of natural catastrophe, all of which we have seen multiplying in the past number of years, as climate change gets more serious. If I’m an insurance company, why do I want to get near one of these things? Because it’s almost guaranteed to be a lose-lose deal at some point?

Baughman McLeod: Well, the insurance contracts are a year at a time. And so the insurance industry has a chance to assess every year, where do they want to place the risk around the world? That’s one. And two, they’re also increasingly understanding how powerful these natural systems are to reduce the risks. And so you’ll see companies, you know, brokers, primary insurers and reinsurers involved in better understanding how to create these kinds of products. But you’re right. You know, all of this is about climate adaptation. But until we get our act together on emissions, we have to be doing these types of approaches.

Ryssdal: This is your line of work. Are you getting traction with this argument?

Baughman McLeod: Absolutely. You know, one of the biggest brokerage firms in the world, Willis Towers Watson, launched a “Global Ecosystem Resilience Facility,” the “GERF” (unfortunate acronym, but a cool thing), and so you see the business getting into it pretty clearly. So, we’ll keep going, while we get our act together on mitigation. 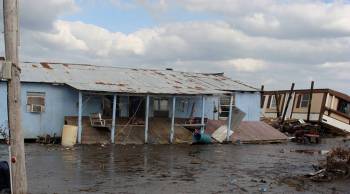 America gets its first group of climate refugees