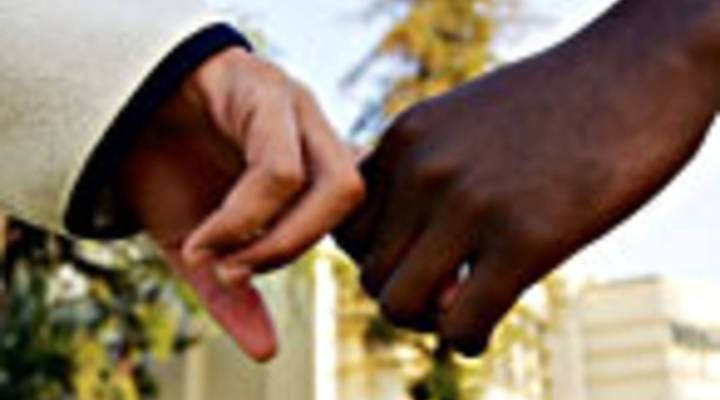 Foster care, from a guardian’s perspective

Foster care, from a guardian’s perspective

Tess Vigeland: A few weeks ago in this segment we heard from a caller named April. She wanted some advice on what to do with an extra chunk of money in her monthly budget. Always a nice problem to have, right?

Well it turned out she’d done a lot to right her own ship, after being raised in the foster care system.

But she mentioned she did get some help along the way from her social worker. He taught her basic computing skills that would shape what she did as an adult. So we asked him to join us for his part of the story.

Greg King is what’s known as a Guardian ad Litem Manager for the tenth Judicial District in Minnesota. Thanks so much for being with us.

VIGELAND: Tell us a little bit so we have some context here: What is a Guardian ad Litem?

KING: A Guardian ad Litem is a person who is appointed by the court to investigate a situation surrounding a child’s welfare and to make recommendations about what’s in the child’s best interests.

VIGELAND: How long do you usually stay with the child?

KING: It depends on the case type. If it’s a child protection case, a Guardian ad Litem might be appointed and would work with that child and the social service department from age zero, maybe even through to emancipation to age 18.

VIGELAND: And how long did you work with April?

VIGELAND: Five years, OK. Now April is obviously a success story, and she gives you a lot of credit for that. But is her story a common one?

KING: No, clearly April’s situation is really unique. April experienced multiple placements, disruptions in placements for a variety of reasons, most of which were not related to her. She had everything going against her. But most of all I think that April had a drive and a resilience that you don’t often see in foster kids.

VIGELAND: Now, she called us because she just wanted to know what to do with some extra money that she had in her budget. But let me ask you: Is money something that you talk about with the kids that you’re overseeing at all?

KING: Well, both the guardians and the child protection workers have a lot discussion a couple years before they reach the age of 18. If they’re going to stay in the system, there has to be some discussion and training about independent living skills and issues about how to survive out there, looking for a job, looking for an apartment. Traditionally, kids haven’t had a lot of experience and don’t get a lot of experience in foster care with real world kinds of things.

VIGELAND: You know, money isn’t really a topic that gets discussed in most traditional households, let alone foster care. I suppose in the grand scheme of things, that a foster child has to be dealing with it, it’s not at the top of the list of concerns. But I wonder given how many kids you’ve seen go through the system, do you think it should be?

KING: It’s critically important. If you can imagine for a second that counties spending tens of thousands of dollars on kids that they have to put into foster care and provide maybe therapy, group homes, all kinds of supportive treatment, and then they open the door at age 18 and then let the kids fall out the door.

VIGELAND: April’s story, as we noted, is ultimately one of really rising above her circumstances. Have you seen other kids? Do you have some other stories that you could share of kids who have done that?

KING: The success rate’s pretty low, and April’s story is very unique. Usually it’s fairly negative; a lot of the kids that we’ve worked with have found themselves in the criminal justice system, some of them are in prison, some of them are homeless. And for the vast majority of kids that I worked with, I have no idea where they are. It’s hard to imagine that things have worked out well for them, considering the circumstances that led them to be in placement, and the fact that a lot of them just weren’t ready to emancipated.

VIGELAND: Greg King, thank you so much for talking with us and thanks for bringing April to our program through your guidance. Really appreciate it.