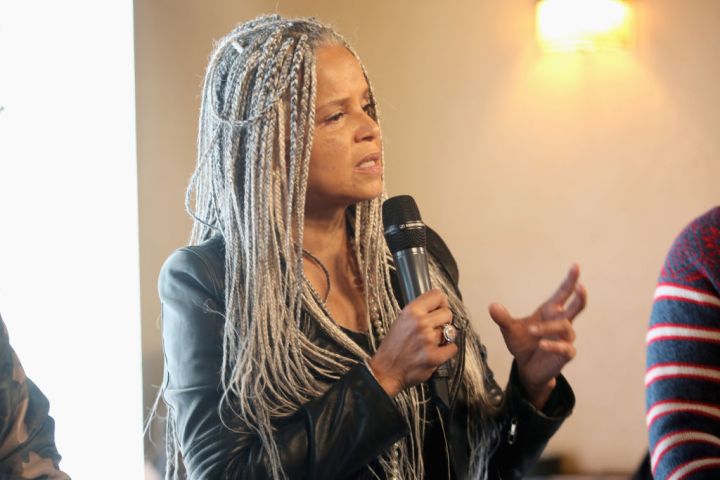 Discourse around representation of minorities and marginalized people in media hasn’t extended to the “Do-It-Yourself” home improvement media space.

Victoria Rowell however is trying to change that with her new show “Trash vs. Treasure,” a DIY program focused on renovating homes and apartments of low-income and single-parent households. Rowell is both executive producer and host of the program.

But “Trash vs. Treasure” is also rooted in Rowell’s experience growing up on the margins as a foster child. The result, for her, is a show that doesn’t gloss over its participants difficult situations that are more resonate than ever with the millions who became unemployed during the COVID-19 pandemic.

“My goal for ‘Trash vs. Treasure’ was not only to do a show that was not tone deaf, that reflected millions upon millions of people, not only domestically, but globally, who put value in a piece of cardboard,” Rowell said.

Below is an edited transcript of Kimberly Adams’ interview with Victoria Rowell.

Kimberly Adams: So, how has the pandemic changed the way people think about and spend money on their homes?

Victoria Rowell: I think people that are fortunate enough to still have their homes, struggling to hold on to their homes, trying to stay in their apartments, they are looking to shop their own closets. Shop their pantry, shop their basement, shop their garage, everything has value. And “Trash vs. Treasure,” it’s a teachable moment with this show, to encourage people to see value in what’s in plain sight.

Adams: There has been quite a bit written and discussed about the boom in home improvement projects while people have been on lockdown. What has that meant for you in terms of how you think about your show?

Rowell: I’ve long wanted to produce shows that really show our population, our Black and brown and minority populations, single-parent populations, households who live on the fringe who live below the poverty line. I spent 18 years in foster care, I saw how people struggled and sacrificed to make space for me. I was given a cardboard box as a dresser, and I was grateful. I had my own room with a cardboard box. People live like this. So my goal for “Trash vs. Treasure” was not only to do a show that was not tone deaf, that reflected millions upon millions of people, not only domestically, but globally, who put value in a piece of cardboard. The population of people that raised me reflect how everything has value. And that’s why “Trash vs. Treasure” is one of my proudest moments in producing and directing.

Adams: Your show focuses specifically on doing projects for low-income mothers. You’ve addressed this a little bit, but can you tell me more about why is this important to you?

Rowell: It’s important to me by virtue of my own personal experience. As I said earlier, 18 years in foster care gave me a vast landscape to learn from, predominantly minority women who raised me and again, who had families of their own. Rosa Turner had 10 children. My primary foster mother, Agatha Armstead, had 10 children. I was fortunate that these women taught me that there were no shortcuts in life, that this was my lot, that I would have to work extra hard not only as a minority, but as a child without a safety net. And that’s what we’re talking about right now. So I am more proud of the fact that AMC Networks and Urban Movie Channel TV greenlit a show that isn’t glossy, that isn’t splashy, that really speaks to, as I said earlier, millions of people in this season specifically, single-household mothers, struggling in some cases, one room or rooms I can see clear outside through their slats in Jamaica. I wanted people to not only learn from the show, be entertained by the show, allow it to be a teachable moment, especially during this very difficult and unprecedented time but also to be inspired by the show that it bring hope.

Adams: There aren’t all that many DIY or home improvement shows that really center the experience of low-income people, much less with a Black woman as a host. Can you talk about where this show fits into the entertainment landscape right now?

Rowell: I believe I am the only Black show run, female-produced show in the do-it-yourself DIY space. It is not for lack of trying earlier. I have an upper-echelon show which I pitched with a stamp of approval by Oprah Winfrey herself in one of her magazines. And even with that stamp of approval, we see the division, we see the disparity for African-Americans in entertainment as producers, as show runners. Even with that stamp of approval, even with the editorial pages in front of them, they could not believe that I could stem from foster care and achieved this self taught interior design expertise.

Adams: The show is about repurposing what already exists for those who may not have a lot of money and also for people to just sort of shop their own homes and closet. Is this also a bit of a criticism of consumerism for you?

Rowell: I wouldn’t call it a criticism, I think, “live and let live.” If your wallet can afford new, bright and shiny, then go for it. However, this is also an opportunity, this pandemic, to pause, to reevaluate, how much stuff does one person need? How much stuff do we need, really? And I’d like to think people are also weighing in on the contributions to landfills. It’s unconscionable to me that people get a new car every year, or get new this and new that and we’ve gotten so far away from the basics from what we really need, especially in this country of abundance and waste. So it’s not an indictment on buying. That’s up to the individual. But it is an opportunity to reevaluate what you already have, and reapplying it in a different way.

Adams: You are an interior designer in addition to a producer and actress, you have been a dancer and a model and many other things but putting on your interior designer hat – lots of people are trying to carve out a home office or a virtual learning space in their homes … a couple of quick tips for people trying to adjust to our new reality?

Rowell: If you don’t have an ironing board, get one. It is the most practical piece of ingenuity we have. If you have an ironing board, it has at least three different levels. There is the dining level, if you have stools, then you can lower it one more level and it becomes a desk. It also becomes the L shape to a pre-existing desk for your computer, your printer papers, etc. You can lower it one more time and it can become a coffee table. But I want to encourage people that home is what you make of it. I know some of us live in “udios,” that would be a studio apartment that’s so small. You have to drop off the “s” – it’s an “udio.” That’s what I lived in in Manhattan, and you can make it beautiful. Everyone deserves to live in dignity and beauty. And this is truly a painful time where people are facing eviction, losing everything they worked for, our renters out there, our frontline workers – prayers go out to them, but they need more than prayer. They need a government that’s going to support them and keep them in their homes.