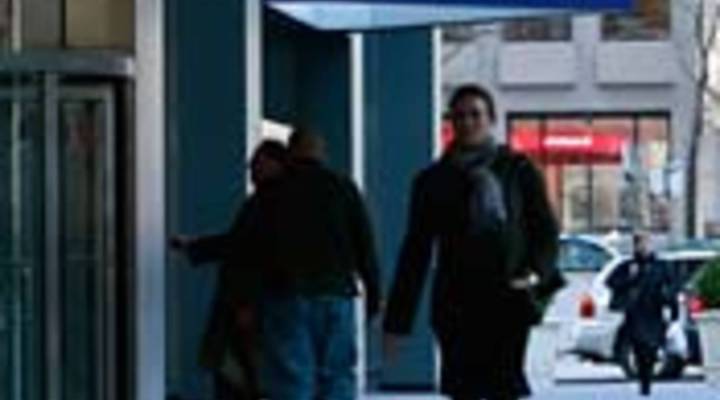 Steve Chiotakis: Speaking of financial reform, starting next week people who open a bank account will have to opt-in to overdraft protection. It used to come courtesy of the banks at your expense. Marketplace’s Stacey Vanek-Smith reports new regulation is putting an end to that.

Stacey Vanek-Smith: This could be the beginning of the end of the $40 coffee. That’s when you use your debit card for your morning Mocha and you don’t have enough money in your account to cover the charge. The bank lets the charge go through and slaps your $5 coffee with a $35 overdraft fee. Leslie Parrish is with the Center for Responsible Lending:

Leslie Parrish: People were spending billions of dollars a year on overdraft fees when they didn’t even want that type of protection.

Now that consumers will have to ask for the coverage, some banks, like Bank of America, are ending overdraft protection altogether. Others like Chase are launching aggressive campaigns to get consumers to opt in.

Economist Mike Moebs advises banks. He says banks can still convince consumers to opt-in to overdraft protection, by selling it as a benefit.

Mike Moebs: The banks are being thrown into a situation, where they’re saying now, I have got to educate the consumer that I’m the best place to have this benefit.

Moebs says a quarter of consumers generate nearly all of the money from overdraft fees… so banks can target them with special opt-in offers and other sales pitches.