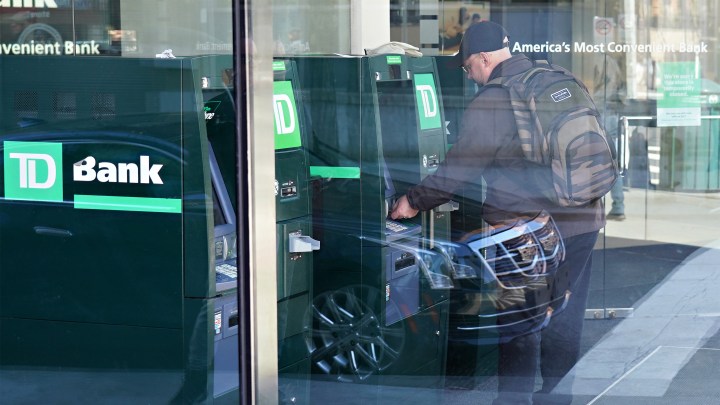 COPY
A man withdraws cash at a New York ATM in March. Banks charged over $11 billion on overdraft fees in 2019. Cindy Ord/Getty Images

A report out this week from the Center for Responsible Lending found that banks charged over $11 billion in overdraft fees in 2019. The report also found that people in vulnerable communities paid the lion’s share of those fees. And that was before the pandemic started.

As Americans have lost their jobs during the pandemic, disadvantaged groups have taken a disproportionate hit to their bank accounts, according to economist Damon Jones at the University of Chicago.

“If you don’t have liquid assets and cash to fall back on, you’re more adversely affected by these income shocks,” Jones said.

The Center for Responsible Lending found that over 80% of the people paying overdraft fees had an average of less than $350 in their bank accounts.

Tyrone Ross, a financial adviser based in New Jersey, said these fees can bleed people dry.

“Perfect example: Let’s just say my rent is due on Monday. I get paid on Friday. My account has $20 in it. That check won’t clear till Tuesday. I pay my rent, it bounces. Now, I get hit with that fee,” Ross said.

It’s a problem that causes pain in minority communities even during normal times, said José Quiñonez, CEO of the Mission Asset Fund, a nonprofit group that’s been providing grants to immigrant families during the pandemic. He said the crisis has made the problem worse.

“It really does call for a rethinking of that fee, putting a pause to that fee,” Quiñonez said.

A spokesperson for the American Bankers Association said banks have been waiving some fees and deferring payments during the pandemic. Quiñonez said pausing overdraft fees would go a long way to helping vulnerable communities.

“We need to allow for creative solutions to come to the fore, because that financial pain is going to get even deeper in people’s lives,” he said.

But so far creative solutions are thin on the ground. According to recent research from the Harvard Business School, banks’ income from fees on deposit accounts has risen by 3% so far this year.