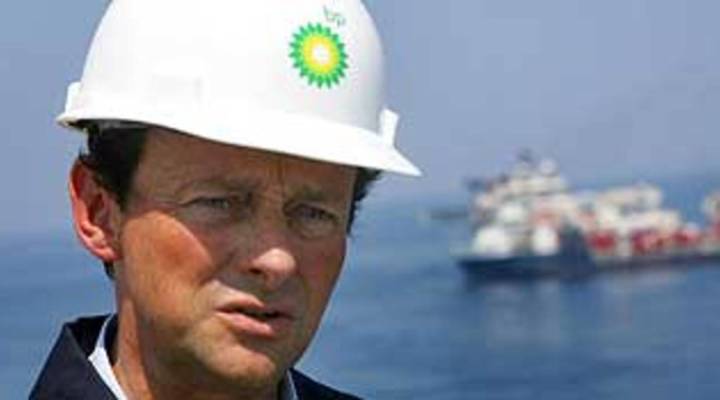 Can BP CEO hang on to his job?

Can BP CEO hang on to his job?

President Obama has been talking about jobs a lot lately. He doesn’t usually comment on individual jobs. But it looks like along with cursing in public, the oil leak down in the Gulf has the president trying something new. On NBC’s Today show this morning, the president basically said BP CEO Tony Hayward ought to be fired. Why does Hayward still have his job and can he hang on to it?

“He wouldn’t be working for me, after any of those statements,” said the president.

“I very rarely say a CEO should be tossed out,” said Kogut. “I get asked that all the time. But in this case, I really don’t think this guy has done a very good job.”

BP didn’t get back to us, but Kogut doesn’t think Hayward is going anywhere anytime soon.

“There’s going to be massive legal suits coming out of this crisis,” said Kogut. “To fire your CEO does seem to flag that you think you’re responsible, possibly even liable.”

And Kogut says, companies usually don’t like to change leadership in the middle of a crisis, but that doesn’t mean Hayward shouldn’t start updating his resume. Kogut says this is not time to have the U.S. president calling for your head — especially as he’s pushing for energy and climate change legislation in Congress.

Carola Hoyos is chief energy correspondent for the Financial Times. She says British consumers and investors aren’t as critical of Hayward as people in the U.S. But BP’s future business hinges on its ability to continue doing business here.

“The U.S. is absolutely critical to BP,” said Hoyos. “It is the single most important country for the company. BP has bet bigger than any other company on the Gulf of Mexico. It holds more leases of undrilled territory in the U.S. Gulf of Mexico than anyone else.”

Hoyos says ultimately BP knows it probably can’t hold on to a leader that is so vilified by both U.S. politicians and the general public. For the time being, Hoyos says BP may arrange for the American public to see less of Tony Hayward and more of other company executives.