Back to the future

Back to the future

Federal Reserve Chairman Ben Bernanke was on Capitol Hill today, giving his latest progress (?) report on the economy. The Fed’s in a tough spot. You might say it looks like 2003 all over again.

Clearly, the economy’s in worse shape than it was in 2003, but the circumstances are similar. There was a jobless recovery underway (unemployment was around 6%), the financial markets were bouncing back from collapse, the budget deficit was growing, and an asset bubble was forming in the real estate and securities markets.

In 2010, we have a jobless recovery, the financial markets bouncing back from collapse, the budget deficit GROWING, and asset bubbles forming in stocks, currencies and commodities.

In 2003, the Fed chose to keep interest rates low to keep the economy from backsliding, to prevent further job losses and to support the confidence building in the financial markets.

In 2010, it’s clear the Fed intends to pursue the same policy, reinforced by Bernanke’s testimony today:

Although the federal funds rate is likely to remain exceptionally low for an extended period, as the expansion matures, the Federal Reserve will at some point need to begin to tighten monetary conditions to prevent the development of inflationary pressures. Notwithstanding the substantial increase in the size of its balance sheet associated with its purchases of Treasury and agency securities, we are confident that we have the tools we need to firm the stance of monetary policy at the appropriate time.

Let’s go back in time to February, 2004 and read an account of Fed Chairman Alan Greenspan’s testimony:

At the same time, he promised that, while interest rates would eventually have to rise as the economy expanded, the Federal Reserve could be “patient in removing its current policy accommodation” which has seen rates at a 40-year low.

The Fed has the dual mandate of moving the economy closer to full employment while guarding against price instability. No one said it was easy. Minyanville has a nice explainer and a warning on the Fed’s dilemma:

Stock prices incorporate long-term and well as short-term forecasts, and in this regard, it is not at all clear how the Fed is going to be able to prevent a repeat of the 2002-2005 experience in which excess liquidity led to the formation of “bubbles,” that later burst with devastating consequences for the financial system and the economy…

Let’s hope Bernanke is studying his history as well as he claims to. 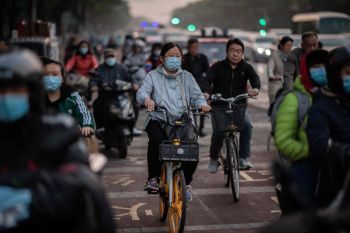 When watching for the recovery, continuing jobless claims are key