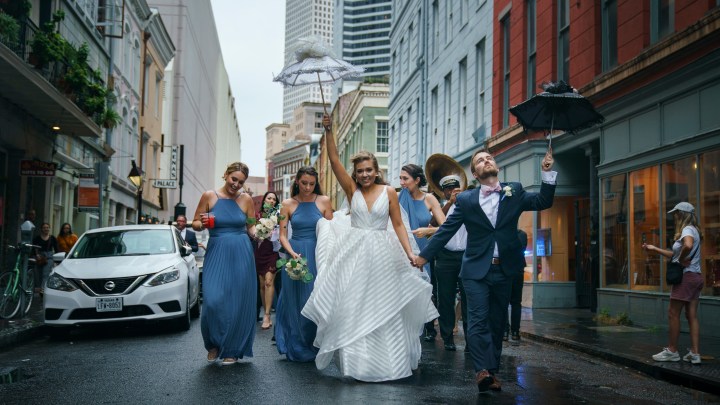 Another Thursday means another chance to take the temperature of this economy by way of the Labor Department’s weekly report on unemployment claims.

“Still ailing” is the diagnosis — initial state jobless claims went up for a second straight week to 744,000 — higher than any week in the Great Recession.

On the other hand, claims in the federal program for gig workers were down, and the total number of Americans claiming jobless benefits fell as well.

But it’s still above 18 million people.

Bottom line is a lot of American consumers are still hurting. And that’s causing them to hold back on some big, lifetime financial decisions.

When the economy turned bad last year, a lot of consumers got very cautious, said Mark Hamrick at Bankrate.com. “This is a good time to pay down debt. Emergency savings needs to be a priority. We’re reminded that the economy can take a negative turn seemingly without much notice.”

“Two in five Americans delayed a major financial decision, or what we’ve called a milestone,” he said.

Like buying a car or a home, going back to school, “but also getting married, having children and even retirement,” Hamrick said.

And — despite the latest relief payments — Americans still feel less optimistic about the current state of their personal finances than before the pandemic, said John Leer at Morning Consult.

“With consumers living in Southern and Western states further from financial recovery than those who live in the Northeast and Midwest,” he said.

Unemployment benefits tend to be lower in Southern and Western states, and those areas have been hit harder by declines in tourism.

Now, as vaccination spreads and businesses and schools reopen, consumers will start spending like they used to, said Nick Shields at the research firm Third Bridge. “You’ll see a lot of companies sort of pitch this idea of ‘You can do so many more things that you weren’t able to do for a year, whether it be buying the new car.…’”

Or dropping a few grand and finally going away on vacation.