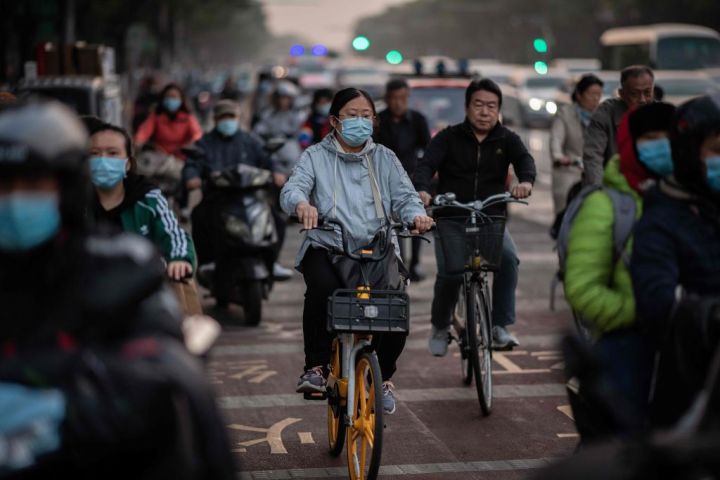 More than six months after the pandemic ground China’s economy to a standstill, officials there report that it’s well on its way to recovery.

China said its economy grew 4.9% in the third quarter, thanks to increased exports and the country’s consumers. People in China are back out shopping, traveling and eating. The CEOs of Domino’s Pizza and spice maker McCormick & Co. said consumers in China have been their lifeline.

However, it’s not clear how much more consumers can do to juice the economy.

Retail sales bounced back for the first time this year in August, and then rose again by 3.3% in September. But for Chinese consumers to keep spending more, they’ll need help.

China’s official unemployment rate dropped to 5.4% from the usual 6%, but some experts said this figure doesn’t factor in millions of workers from the countryside who are jobless in the cities. Many more people went for months on half wages or with no pay at all.

Unlike the U.S. government, China’s Communist Party is not handing out cash to workers, so many dug into their savings to survive.

The fourth quarter started off with a weeklong holiday. People spent $70 billion on travel — 70% of what they spent last year.

Still, there is a lot of excitement about China’s recovery. It’s on track to be the only major economy to grow this year.