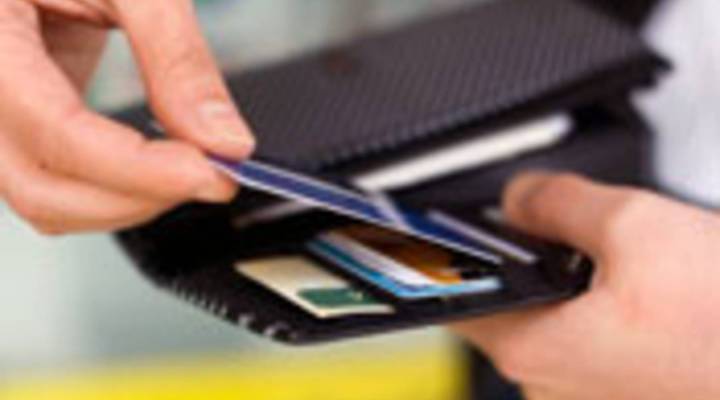 Bill Radke: Remember those credit card reforms Congress passed last spring? Well most of them kick in today. The Card Act is designed to protect consumers. It’s expected to cost the industry more than $20 billion this year. So, says Marketplace’s Stacey Vanek-Smith, the card companies are finding new ways to make money — a lot of ways.

Stacey Vanek-Smith: Under the new rules, cc companies can’t raise your interest rate for the first year. After that, they’ll have to give you 45 days notice. Plenty of time to cancel your card.

That’s bad news for the industry — card companies typically make two-thirds of their money from interest payments. So to make up for that lost revenue, credit cards are taking a page from another industry.

Ron Shevlin: I would characterize what the future’s going to look like here is the airlinification of the credit card industry. They’ve kind of nickeled and dimed consumers to death.

With fees. First they’ll raise the fees we already pay — to transfer balances, when payments are late and just for the priviledge of having the card. And then there are the new fees, says Josh Frank with the Center for Responsible Lending.

Fees for collecting rewards, fees for having your card declined, fees for using your plastic overseas.

Tom Gallagher: Yeah, there was a foreign transaction fee on this — this is a Citibank Visa — of $94.12.

That’s Tom Gallagher reading his credit card statement. He heads up sales for Sykes Racing North America, which sells racing boats. He spends a lot of time abroad, and recently noticed a new fee for using his card oveseas.

Gallagher: When I used to travel, you’d think, well I don’t need that much cash, I’ll just use my card. And then at the end of the statement you find that they put on a pretty hefty foreign transaction fee on top of that.

Gallagher says he’s thinking about using more cash when he travels or switching cards. But many people may not notice the new fees, especially if they’re small, says the Center for Responsible Lending’s Josh Frank. Still, he says, the credit card companies sure will.

Frank: These small things all add up to large amounts of money for them.

The credit card industry took in more than $20 billion in fees last year.