Returning the keys to Stuyvesant Town

Returning the keys to Stuyvesant Town

Steve Chiotakis: Over in New York City, an iconic Manhattan apartment complex is on the financial rocks. The Stuyvesant Town-Peter Cooper Village complex on the East Side is going back to the bank. A big development company bought it during the real estate boom, and today we learned it defaulted. Marketplace’s Mitchell Hartman is with us live this morning. Good morning, Mitchell.

Chiotakis: This is a really big apartment complex to default on, huh?

Hartman: You know, I used to drive past this place with my parents wn I was growing up, and I remember it just going on and on. There’s more than 100 buildings, 11,000 units, originally built for World War II veterans and full of middle-class families living in rent-controlled apartments.

Chiotakis: So what went wrong then with this plan?

Hartman: Well in a word, over-leverage. An investor group led by Tishman Speyer Properties, which also controls Rockefeller Center and the Chrysler Building, plumped down $5.5 billion for this in 2006. Right now it’s probably worth $2 billion. Christopher Mayer is at Columbia University Business School:

Christopher Mayer: Lots of people wanted to own this complex at incredibly high prices, and were willing to borrow the vast amount of the money to do it. This deal was really just the crowing jewel of the idea of taking a very large rent-controlled building and de-controlling it over time.

So the idea was you get these rent-controlled tenants out, you do fancy new upgrades, bring in new tenants at higher market rents. But a court decision made those conversions from rent control way more difficult. And then of course the real estate market tanked, rents fell and Tishman Speyer couldn’t make its money back. So they’ve handed the keys to 11,000 apartments back to the investors and lenders, who will take a bath.

Chiotakis: Marketplace’s Mitchell Hartman, live with us. Mitchell thanks. 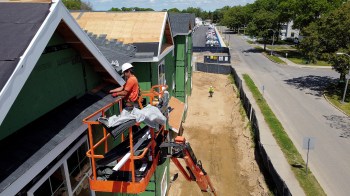 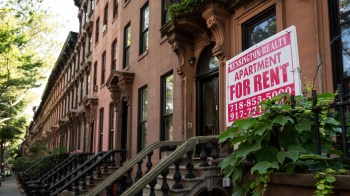 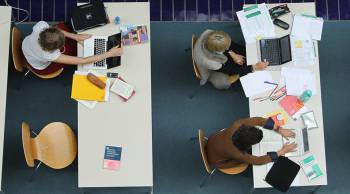