J&J in trouble over alleged kickbacks

J&J in trouble over alleged kickbacks

KAI RYSSDAL: Johnson & Johnson said this morning it’s going to recall millions of bottles of Tylenol and some of its other over-the-counter drugs because of a strange odor that’s making people sick. But that’s not J&J’s only corporate headache this afternoon.

Today, the Justice Department accused the the drug maker of running a multi-million dollar kickback scheme. The government says J&J was trying to boost sales of one of its most profitable prescription drugs.

Mitchell Hartman: Federal prosecutors charge Johnson & Johnson funneled tens of millions in illegal rebates and other incentives to pharmacy company Omnicare, which supplies nursing homes nationwide. Omnicare then bought more of Johnson & Johnson’s anti-psychotic drug, Risperdal. And urged doctors to give it to more elderly patients. The result: from 1999 to 2004, Johnson and Johnson’s sales to Omnicare nearly tripled.

Les Funtleyder: These are aggressive industries. They’re going to look for every advantage possible and sometimes they do cross over the line.

He says it’s not always clear where that legal line is.

Funtleyder: There really are no clear rules of the road, especially when it comes to marketing drugs, particularly as it relates to government programs.

Keep in mind, nursing home patients are often on Medicaid or Medicare, so the government’s ultimately footing the bill. And elderly patients may not care, or know, whether they get an expensive pill from Johnson & Johnson, or something cheaper and better.

John Santa: This a vulnerable population using a powerful group of drugs, a population that may on an individual basis be much less likely to ask tough questions: Am I getting the best financial treatment?

Johnson & Johnson issued a statement today saying its actions were lawful and appropriate. 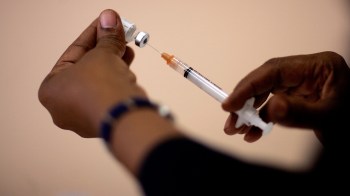