Will a Leno move bring ratings, too?

Will a Leno move bring ratings, too?

KAI RYSSDAL: It was big television news when NBC decided to run Jay Leno five days a week at 10 o’clock at night. That means it’s bigger news now that the network is thinking about putting him back in his old late-night slot for half an hour, and bumping Conan O’Brien’s “Tonight Show” to midnight. But if Leno couldn’t bring in the ratings in prime time, what’s to say he can bring the magic back, just ’cause he’s on later?

Bob Moon: NBC finds itself in something of a Humpty Dumpty-style bind.

Robert Thompson: This is the big question: Can you, in fact, take a major decision like this and reverse it, and hope that everything goes back to normal?

Syracuse University pop culture Professor Robert Thompson says there’s no real precedent for this. Perhaps the closest threat to NBC’s “Tonight Show” franchise dates all the way back to 1960, when its popular host Jack Paar walked off the show over a censored monologue.

The show languished for a month before Paar was persuaded to return.

And he did bring his audience back with him, but viewing habits have changed a lot since way back then, as Boston University communications professor Chris Cakebread points out.

Chris Cakebread: You have to remember, back in those days, there wasn’t much place for the audience to go, right? Now, you’ve got so many places that they can go — in terms of cable, just sticking with television, or go onto the computer and you’ve lost them totally.

Word is the switch will come after the upcoming Winter Olympics, which gives the network an important opportunity.

Cakebread: One of the great benefits of having major programming like the Olympics — which lasts obviously over a two week time period — is you get a tremendous increase in viewership to promote their other programming, up and coming, but also in this particular case, promoting the time change and putting a real positive spin on their late-night programming changes.

Thompson says Leno’s low-rated prime-time show might have made him damaged goods. 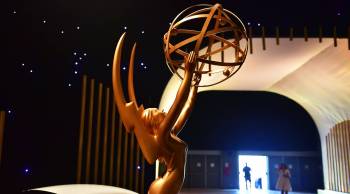