Kai Ryssdal: Aside from maybe socks and underwear, a pair of jeans might well be the most common article of clothing there is. No big deal for most people, in this country anyway.

In India though, a pair of Levis is a symbol of wealth and big-city style. A symbol that is way beyond most people’s means. But they are about to become easier to afford. Raymond Thibodeaux reports now from New Delhi on Levis on the installment plan.

RAYMOND THIBODEAUX: At a busy Levi’s Store at an upscale mall in New Delhi, Reshma Ghorpade is looking for a pair of skinny jeans. Here, they run about $50, a small fortune in a country where the median income is about $100 a month.

Levi’s launched its jeans-by-installments plan mainly to lure first-time buyers like Ghorpade, a 25-year-old office administrator. The tactic appears to be working better than expected.

This jeans-by-installments plan has been so successful in boosting sales that Shumone Chatterjee, director of Levi Strauss India, expanded it from one pilot store in Bangalore to dozens of stores in nine other cities. Now, he plans to widen it to include hundreds of outlets, in smaller towns and villages, across India.

SHUMONE CHATTERJEE: We came up with this idea because this has really worked for home appliances, cell phones, and televisions. And so we said why not use that insight and apply it to a pair of jeans from Levi’s.

The plan’s limited to shoppers paying with plastic. Levi’s has tie-ins with local credit-card companies so that its customers won’t have to pay any interest. Chatterjee says credit-card companies are using these “buy now, pay later” incentives to tempt young people to apply for credit cards.

India is traditionally a largely cash-based economy, but analysts say the growing acceptance of credit is fueling a new trend: brand-name retailers and credit-card companies are starting to target lower-income shoppers, as India’s consumer culture expands into less wealthy, rural areas. There are spin-off benefits of this new trend.

That’s Michael Spence, a Nobel Prize-winning economist and director of the Commission on Growth and Development, a U.N.-sponsored think tank. He says that as people in India’s rural communities are able to buy more goods like cars, computers and blue jeans, job opportunities in sectors like manufacturing will increase.

But he also sees risks as glitzy shopping malls spread to the countryside and credit is extended to millions of low-income Indians.

SPENCE: You can overdo it as we demonstrated in the United States. There’s a little bit of consumer protection that’s required in this.

As well as some consumer education about things like interest rates and how to avoid the kind of “debt madness” that many believe caused the global economic meltdown in the first place. 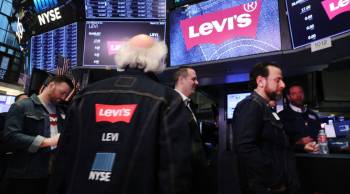