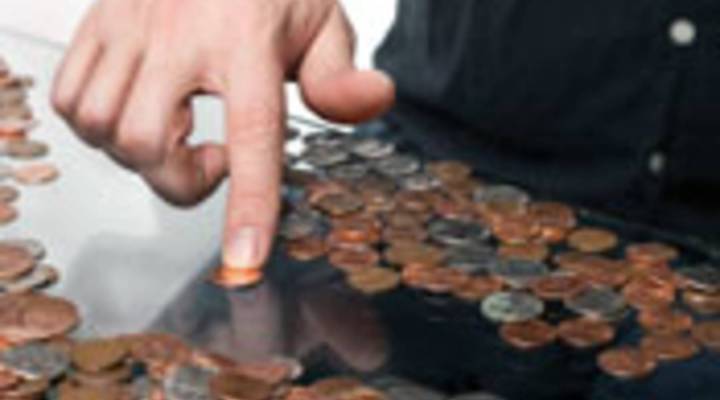 Have we learned from the collapse?

Have we learned from the collapse?

TESS VIGELAND: So here’s an admission. The financial crisis of the last year scared me straight. Every day I watched headline after headline roll across about another huge bank on the edge of death, the Dow rising and falling by 800, 900 points a day.

Our family did little things, like making coffee at home instead of stopping at Starbucks on the way to work. And big things, like putting together an emergency fund. Even for those of us lucky enough to keep our jobs, the fear was palpable, intimate, because it was our money at stake, yet utterly global in scale.

By February, when stocks hit bottom we wondered if it might take decades to recover. Less than six months after that Newsweek’s cover story blared “The Recession is Over!” And now, maybe we can admit, we’re feeling better.

So where does that leave our promises to change our ways? How quickly can we forget the lessons of the year since the collapse of Lehman Brothers? Can a leopard change its spots? First, some thoughts from the streets of New Orleans, Los Angeles, New York, Washington, D.C. and Portland.

What, if anything, did you learn from this past year?

Man #1: I don’t think one year’s going to make a difference. They’ll go back to their old habits.

Woman #2: I don’t think so. I mean, if a person goes to jail, they find this new belief in God and everything. But when they get out and they know good times are ahead, it’s like, “OK, who cares?”

Man #3: There won’t be any lesson learned out of this mess, because human nature’s what it is.

We look at history and we adjust. Really? Aren’t we kind of known for our short memories? We put the leopard question to folks whose job it is to ponder such things.

Liz Pulliam Weston: People are changing their behaviors. And the obvious question is, is this going to last? I think for certain people it will. I think for those in their 20s, who had never experienced a recession before, this was one great wake-up call.

I do think a lot of people are learning lessons. They’re seeing dramatically how important an emergency fund is. You know, and emergency funds are sexy. Who would’ve thought that would ever happen? That is really cool. That said, I do think as soon as credit eases up, you will see folks, a lot of people, going back to some of their old habits. But maybe something will be in the back of their mind now, that they shouldn’t count on things going super well forever.

Kurt Andersen: I’m Kurt Andersen, I’m the host of Studio 360 and the author of “Reset: How This Crisis Can Restore Our Values And Renew America.”

For two centuries plus, so far, that’s what we, the American leopard, have done repeatedly, is we have one kind of spotting for a decade or more and then we switch to a different approach to spending and getting and buying and all the rest and we go back and forth. This last period has been an exceptionally long one of a certain kind of American paradigm, a quarter century. So one does wonder has it been so long, that we’ve forgotten what the old ways were like. But I’m hopeful.

I see this is a reversion to the mean. We overshot, we borrowed way too much, and we’re back to the levels that which we were borrowing a few years ago and those levels were entirely sustainable. They’re still pretty high in the grand scheme of things, there’s still quite a lot of consumer borrowing going on. It’s just not as ridiculously excessive, they’re being a bit more sensible about things.

We do have short memories. I think it may even have been Benjamin Franklin who said, more or less, everybody lives to the highest standard of living that they can afford, because that’s what you want to do. That’s just human nature. That’s how it works out.

Do I think that if all of our troubles straightened out, people would want to be borrowing money and spending again? Yes, I do. The reason I think it won’t happen is that I believe that we will be constrained, simply because we’re not going to have the money and the banks won’t be lending as much and it will much more difficult to build yourself up on debt.

I am convinced that this is one of those traumatic periods in our history that does have a dramatic influence on the way we spend and the way we save. First of all, we haven’t had wage increases in a long time, and we’re not going to get wage increases, so that’s one factor.

And another factor is, a great taboo was broken during the Great Recession that we just went through. Companies became comfortable after the early 1980s with mass layoffs. Well, now furloughs, benefit cuts. So I think that’s going to continue to weigh on people.

And the final factor that I would say is, everything went down at once — home values went down, the stock market went down — I think that’s going to haunt people for a long period of time.

Nick Retsinas: My name is Nick Retsinas. I am the director of the Joint Center for Housing Studies at Harvard University here in Cambridge, Mass.

I think the leopard can change spots; I don’t know if it can change species. I think for investors, no, people will still be looking for the deal, looking for the financing that makes sense and are willing to be optimistic that they’re really downplaying or understating what the risk is.

In terms of the larger population that buys and sells, you know, I think the memories will be lasting. Will they be eternal? No. But I think for the next decade or so, it’s pretty clear that people won’t assume that they can make money owning a house and that ought to be the primary motivation.

You know, people turn very cautious when they are fearful. And that cautiousness is driving today’s boom in savings. But remember, this new frugality has only pushed the savings rate up to about 5 percent. We have a long way to go to turn this frugal chic into a traditional habit of savings, which used to be the norm in America — that 10 percent, 12 percent savings rate, which we had a generation or two ago. But I think that we can log a fairly consistent 7 or 8 percent. I’m pretty positive, pretty optimistic that this is an achievable new norm in America.

An achievable new norm. Let’s ask once again whether you agree.

Man #4: I certainly think that people are a lot more aware. You won’t see that happen again. People aren’t going to rush to go into these things with that much risk.

Man #5: What has it been, a year-and-a-half, and it’s getting better now? So I mean … it seems like it can almost be shrugged off.

Woman #4: I think spending foolishly is the American way.

Woamn #5: I think this is a wake-up call to, in fact, crawl out of our illusion and get real.

Man #6: I think that the country as a whole is more careful for a few minutes and then they’ll just go right back to their spending ways. Because once someone is careful for too long, then they freak out and spend all their money right away.

You know, lots of Americans were mad that they were bailing out people who didn’t make wise financial decisions, from bank CEOs to homeowners. So when it comes to changing our spots, will we — should we — take more responsibility for our own financial literacy?

Quinn: I think that there is all too much blaming the victim here, Tess. Obviously, we are responsible for ourselves. Presumably, we should have read through all 29 pages of the mortgage document and understood every word of it. But the fact is that people don’t do that. And even if you read it through, you wouldn’t understand. And even when you got to the table, they always change the terms. And I think that a great deal of the blame needs to fall on the mortgage companies, on the bankers that made a lot of money on them and ran.

And what about those banks, Wall Street.

Kai Ryssdal: What we have here is a crisis wasted.

Salmon: I don’t think Wall Street’s learned a lesson at all. The minute that Wall Street started being able to borrow money again, it jumped in with both feet. And it’s been borrowing money all year this year, basically since March. It’s just been borrowing more than you can possibly imagine — trillions of dollars in new corporate debt issuance. It seems that Wall Street has already forgotten the dangers of too much debt.

Vigeland: Then what is the danger that we as the average investor will forget as well and start investing in the things that they tell us to?

Salmon: Well that’s a real risk, because we don’t have a lot of choice as individuals. We can basically invest in stocks and bonds and bond funds, really, and that’s about it. And if Wall Street is just taking those markets and making them riskier and riskier, then that’s ultimately what we as individual investors are going to wind up investing in. So, it’s a risk for us on an individual level.

And finally, what about all those comparisons to the Great Depression? Certainly our parents and grandparents changed their spots after seeing the bread lines and panics of the stock market crash. But as for us?

Weston: I have always thought that this Great Depression talk was way overblown. I don’t think anybody who’s studied the Great Depression would see more than superficial parallels to what we’ve got now. You know, we’re talking about a recession that might be over at this point. But I just can’t see that it’s going to have the huge and lasting impact that the Great Depression had on that Greatest Generation.