Fed is looking for a few good traders

Fed is looking for a few good traders

Kai Ryssdal: First to the nitty gritty of the Federal Reserve meeting that started today. Mr. Bernanke and his colleagues on the Open Market Committee will announce their decision on interest rates tomorrow afternoon. Everybody who’s anybody in the macro-economic world is betting there won’t be any change. But as we mentioned yesterday, there’s more the Fed can and is doing to beat back the recession. For instance, the central bank has bought roughly half-a-trillion dollars worth of mortgage-backed securities in just the past six months. Today, the corollary. Turns out when you absorb all those investments, you need a lot more people to handle ’em. Marketplace’s Amy Scott reports.

AMY SCOTT: Wall Street has shed thousands of jobs in the last few years. But one employer is hiring traders, risk managers and analysts. The Federal Reserve Bank of New York says by the end of this year, its markets group will have added around 160 people since 2007.

ANIL KASHYAP: They’ve just had to expand massively the range of things that they’re staying on top of.

Anil Kashyap sits on the New York Fed’s Economic Advisory Panel. He visited the bank’s ninth floor recently and found it buzzing like any Wall Street trading floor. With one important difference.

Wall Street recruiter Richard Lipstein guesses a Fed trader might make $100,000-$150,000 a year. A far cry from the millions the top earners can make on Wall Street. But he says there are other reasons to sign up with the Fed.

RICHARD LIPSTEIN: Wall Street also eats its young, and I think people reach a point in their lives when they’ll give up certain benefits, a certain amount of money, in order to have a better lifestyle.

Some have criticized the New York Fed for being too cozy with Wall Street. But Kashyap says the bank needs experienced people.

KASHYAP: If you’re gonna rule out anybody that’s worked at large financial institutions in the last 10 years, you’re going to end up with a government that’s full of much-less-qualified people than I think we would want.

Kashyap says the people the Fed does want aren’t likely the ones responsible for the financial mess. 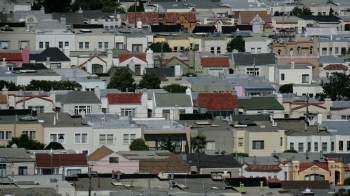 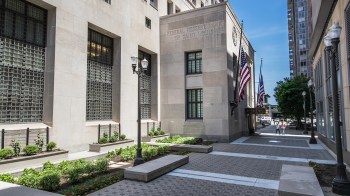