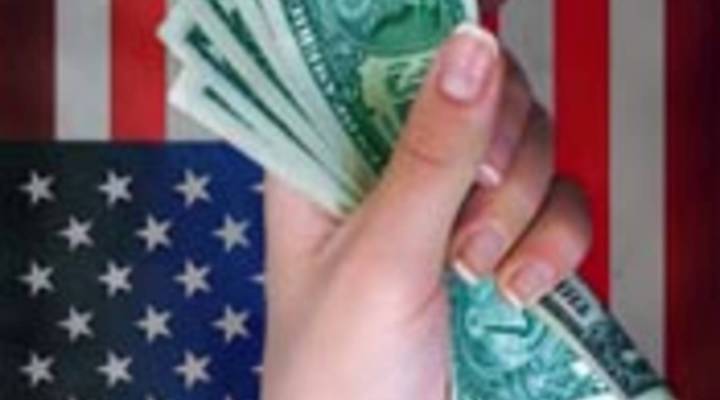 Will Americans continue to save?

Will Americans continue to save?

TESS VIGELAND: We Americans are a looooong way from the Chinese when it comes to saving. For a while there a couple of years back, our savings rate actually went negative. As the financial crisis hit last year, we suddenly got religion and set aside a whopping .02 percent. First quarter of this year it jumped to more than four.

The savings rate is now the highest it’s been since 1998, when Robert Shapiro was Undersecretary of Commerce for the Clinton Administration. He’s now chairman of the economic advisory firm Sonecon. I asked whether he thinks the savings trend will stick.

Robert Shapiro: And nothing lasts forever in economics, as we found out in the recent crisis. When behavior changes in this way, economists have no way of saying whether it’s temporary or long term. AMericans have lost an enormous amount of wealth, in the value of their homes, in the value of their stock portfolios, their pension plans. And for many people, that wealth was what they planned to use to retire on or to send their kids to college. THey still know they’re going to retire eventually, their kids are still going to have to go to college, so they have to make that up and the way to make it up is to save more.

Vigeland: If not three.

Shapiro: If not three, Americans really like to consume. People will consume at the level ta ht they think their wealth and incomes make appropriate. So ta ht’s on the other side of it. My own guess is that the drive to restore a sense of security about retirement and college expenses will hold sway for a couple years, anyway.

Vigeland: If we start looking more like the China that Scott Tong just described for us, what is our nation look like if we start to save more?

Shapiro: Let’s keep in mind that the Chinese have a saving rate of 30, 35 percent and we’re talking here about a savings rate going from zero to 5 to 8 percent.

Shapiro: We’re still talking about things on the margin. Consumption is 70 percent of GDP. So we’re bringing it down by 3.5 percent, that is .75 times .05. We can make that up, either we would have a little more exports or we’re going to have considerably less imports. When consumption goes down a little, you consume less of everything, including imports. The economy is indifferent to where the demand is coming from, they don’t care whether it comes from, you know, a Frenchman buying something we produced or an American buying it or the government buying it.

Vigeland: What then would you say is the message for American consumers/savers? We’ve gone through this tough period of time, where everybody kind of panicked and said, “Oh my God, I’ve got to save all my money.” But then if you don’t spend the money, the economy is going to keep dragging its heels.

In general, a higher personal saving rate is better for the country over the long term than a lower one. It means that we can provide our own capital for business investment and that means that the profits from that business investment stay in the United States. It’s also better for the whole world if we have a higher saving rate and our demand for other people’s exports is less. That will force other countries to stimulate their own consumption. That’s a more balanced global economy, it’s a better personal economy for individuals.

Vigeland: Alright people, you just heard it, you can have it both ways. So go ahead and pay down your debt and start saving. Robert Shapiro, thanks so much.