Unbiased stock info may get scarcer

Unbiased stock info may get scarcer

Bob Moon: It’s no easy task finding trustworthy opinions, let alone hard information about a particular stock. A settlement after the dot-com bust
was supposed to make that easier for average investors. Wall Street firms settled for more than $400 million, which was put toward unbiased stock research. The deal expires at the end of this month, though.

And Marketplace’s Amy Scott has been looking into what that means for investors.

Amy Scott: Take your mind back, way back, before most of us knew anything about mortgage-backed securities or credit default swaps. There was another big scandal on Wall Street.

Eliot Spitzer: This has been only about one thing. It has been about ensuring that retail investors get a fair shake.

That’s former New York Attorney General Eliot Spitzer in 2002. He accused investment banks of hyping the stocks of some companies in order to win other business from them. Spitzer concluded that when those banks advised their clients to buy, hold or sell a stock, they didn’t always have the investor’s best interests at heart.

Spitzer: Retail investors know there is no guaranteed return in the market. They know there is risk. But the one thing they deserve is honest advice and fair dealing. That is what this deal is designed to produce.

The deal was a massive settlement with the big investment banks. They agreed to pay nearly $1.5 billion in total penalties. They had to spend a chunk of that money to give their clients a second opinion on stocks from independent research firms. That is, firms that don’t do any investment banking.

Michael Mayhew is founder of Integrity Research Associates. It’s a research firm that tracks other research firms. He says the money helped several independent companies get off the ground or expand.

One of them is Morningstar in Chicago. On a recent morning, analysts chatted over coffee about prospects for an economic recovery. Morningstar analysts now research some 2,000 companies and rate their stocks. That work is funded in part by money from the Wall Street settlement.

Catherine Odelbo is president of the equity research group. She says because Morningstar doesn’t do any investment banking, it doesn’t have conflicts of interest.

Catherine Odelbo: We’re not beholden to anybody, so we can say what we really think.

Some have questioned how much individual investors really used the information paid for by the settlement. The Wall Street Journal reported that in one year at Credit Suisse, just 16 retail investors accessed reports on the bank’s Web site.

But Odelbo says the brokers at these investments banks read the reports and pass them on to their clients. And she says more information helps everybody.

Odelbo: In general, I think the more voices, the better. If there’s just one or two opinions out there, you don’t necessarily get the most thoughtful discussion.

Analyst Michael Mayhew says those extra voices have helped force so-called “sell-side research,” opinions issued by investment banks, to become more objective. He says the big banks are more likely to recommend selling a stock than they were before the settlement. But he says when the money from the settlement dries up at the end of this month, that could change.

Mayhew: Without that lever of independent research, does sell-side research become more biased? We don’t know, but that’s certainly one of my concerns when we look at the end of the settlement.

The money won’t disappear entirely. Merrill Lynch and Morgan Stanley Smith Barney say they’ll continue to offer their clients a second opinion even after the settlement expires. Individuals will still be able to pay for Morningstar’s reports on its Web site.

But Mayhew says the downturn on Wall Street has forced a lot of banks to cut back on their own stock research. Just when investors could really use some guidance they can trust, they might find it harder to get. 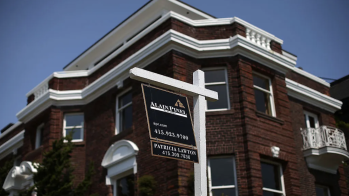