This phone-tapping scandal in Britain raises many questions, not only about British tabloids and the way some of them might operate, but larger questions about whether the gene for boundaries is disappearing from the human race.

If you didn’t see the story, The Guardian Newspaper reported that “Rupert Murdoch’s News Group Newspapers has paid out more than (1 million pounds) to settle legal cases that threatened to reveal evidence of his journalists’ repeated involvement in the use of criminal methods to get stories.” Criminal methods meaning tapping people’s cell phones. Among those targeted, according to the report: actors Jude Law and Gwyneth Paltrow, Australian model Elle Macpherson and former British deputy prime minister John Prescott:

The suppressed legal cases are linked to the jailing in January 2007 of a News of the World reporter, Clive Goodman, for hacking into the mobile phones of three royal staff, an offence under the Regulation of Investigatory Powers Act. At the time, News International said it knew of no other journalist who was involved in hacking phones and that Goodman had acted without their knowledge.

But one senior source at the Met told the Guardian that during the Goodman inquiry, officers found evidence of News Group staff using private investigators who hacked into “thousands” of mobile phones. Another source with direct knowledge of the police findings put the figure at “two or three thousand” mobiles.

If you thought the biggest threat to privacy was from the government, maybe it’s time to think again. Perhaps this behavior is confined to a couple of newsrooms in Britain, but look at what’s happening to privacy in general.

In an interview on Marketplace this week, Kai Ryssdal asked Google CEO Eric Schmidt about a comment from Sun Microsystem CEO Scott McNealy — “You have no privacy. Get over it.”

If that’s true, then I think it’s a real loss because we benefit as individuals from some privacy. I don’t think anyone wants everything revealed. That’s why we have doors and shades and so forth. When you talk however about the way society works, we benefit from open access and transparency.

But then they get into the issue of people putting their information on Facebook and so forth:

Ryssdal: Seems to argue a little bit that maybe there’s just too much computing and connectedness out there.

Schmidt: Well if that’s true, it’s because consumers want it. From our perspective, the appetite from being online to knowing what other people are doing, to communicating, to sharing ideas, to being optimistic, to being entertained, to figuring out what Brittney Spears is doing . . . this demand is insatiable.

Is it so insatiable that people don’t care anymore how the information is obtained?

Tapping phones and Tweeting bits of information about yourself are two completely different things. But there seems to be a common issue here. And that is, are we collectively allowing the death of privacy? 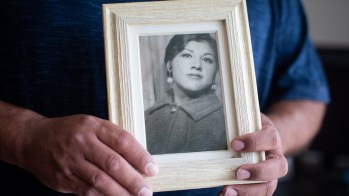 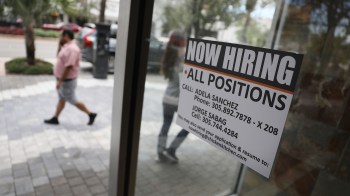