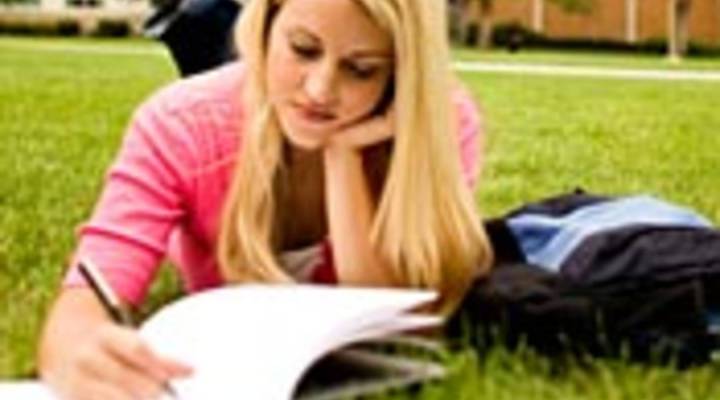 TESS VIGELAND:School’s out for summer. But while students are taking a break from studying, many are also continuing to figure out how they’ll pay for college. Starting Wednesday, July 1, they’ll find some helpful changes in student loans.

I asked Lauren Asher of the Project on Student Debt to start with the specifics on grants.

Laura Asher: Well Pell Grants go mostly to students with family incomes of $50,000 or less. And that can make a huge difference in paying for college. So the new maximum Pell Grant is going to be $5,350, up from $4,731.

Vigeland: OK, terrific. Now let’s get to the loans. First, let’s talk about the new income-based repayment plan. This is something that is brand new. Who is eligible and how does it wok

Asher: Some people have loans through the government, called “direct loans” and some have their loans through private lenders like Sallie Mae. If they’re Stafford loans, they’re still federal loans and they’re eligible for income-based repayment.

A good rule of thumb for IBR eligibility is if you owe as much as you earn, you’re probably eligible. And a good example is, if you have an income of $30,000 and a student debt of $30,000, it would cut your payment in half, from a standard 10 year payment to an income-based repayment. And after 25 years of income-based repayments, whatever is left — if there is any, including interest — will be forgiven.

Vigeland: Well, alright, if you’re not eligible for the income-based repayment plan, let’s talk about the interest rates for new, subsidized Stafford undergrad loans. These rates have been dropping for a couple of years now. What happens on July 1 and again, who is eligible?

Asher: The College Cost Reduction Access Act of 2007 started the gradual reduction of interest rates on subsidized Stafford loans from 6.8 to 3.4 percent. But it’s happening over several years. This year the drop is from 6 to 5.6 percent, which is quite substantial.

Vigeland: OK. And again, these are for loans that have then been borrowed against since that legislation was passed, since ’07, right?

Vigeland: So when you consolidate those loans, does that 2.4 percent interest rate, is that then fixed for all of your consolidated loans?

Asher: Once you consolidate, it is.

Vigeland: OK. Any changes at all, any of this affect private loans whatsoever?

Asher: Income-based repayment is only for federal loans. Any kind of federal loan you took out to pay for your undergraduate or graduate education is eligible. But private loans are not.

Vigeland: What do you hear about progress in the Obama administration’s plan to just completely end government subsidies for private student lending?

Asher: There are a lot of proposals out there for how to reform the federal loan system to save more tax payer dollars and use them to help improve student aid. And even lenders have come up with ideas that are different from the current subsidy structure and are suggesting more savings could be found.

Vigeland: Alright, Lauren Asher is associate director of the Project on Student Debt in Berkeley, Calif. Thanks so much.