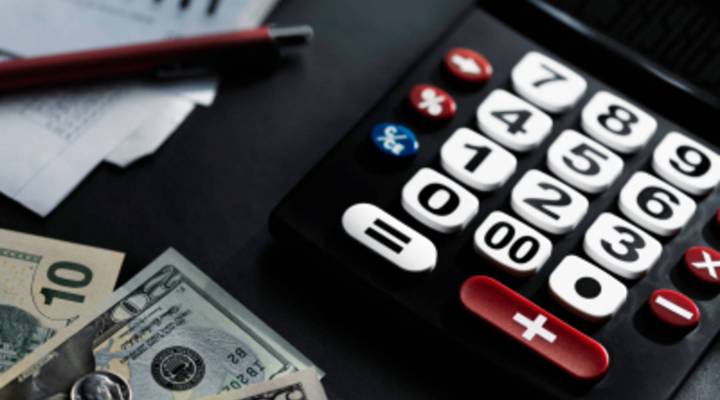 TESS VIGELAND: Every once in a while, we check in with three bloggers from the world of personal finance. Steve blogs at bripblap.com, Lynnae is at beingfrugal.net, and you’ll find Jim at bargaineering.com. We all first chatted about a year ago and what a year it’s been. So we kicked off with Jim and his view of how things look now.

Jim: My favorite analogy is like a James Bond movie, where your plane just crashed and sliding towards a cliff and you don’t know if you’re going to fall over the cliff or if you’re just going to teeter on the edge. And the last few months we’re going to teeter, but not go over, and everyone’s becoming a little more confident and a little less scared and I think that’s great news.

HOST: Lynnae, would you agree with that assessment?

Lynnae: Yeah, I would definitely agree. I think a year ago people were starting to get really panicked. Commenters on my blog, you can tell they were really concerned. And now, it’s almost like they don’t really want to talk about the economy so much anymore, just because they are getting a little bit more confident and they don’t want to talk about the doom and gloom anymore, you know what I mean?

Vigeland: I suppose there’s maybe a little doom-and-gloom exhaustion at this point. Steve, what about you? What are you seeing and thinking?

Steve: Well I think what Lynnae and Jim said was absolutely dead-on, that a lot of people had panicked at about this point last year. And at this point, a lot of people have started saying, “Oh we see the signs pointing in the right directions, everything’s going to be OK.” Maybe they’re a little bit too optimistic, but I think that we are headed in the right direction.

HOST: I want to talk to all of you a little bit about the topic of debt, because I think all of you have written about it in one form or another.

Steve, I want to get your take on the debt and particularly, the credit card issue, because you have written recently about being a bit tired of the demonization of the credit card industry, particularly as the most recent legislation was being debated and passed. You compare credit cards to a shovel that can be used for good or ill. Give us your perspective on this particular debate.

Steve: I think the analogy I used was you can use a shovel to dig a hole and plant a garden or you can use it to hit somebody over the back of the head and kill them. There are a lot of arguments made when I started writing about this — the credit card companies are profiting, whether you pay off your balance in full each month or not, whether you carry a balance or not. But the way I look at it is that using or misusing their tool is an individual responsibility at the end of the day.

Steve: And I’ll add too, there’s no doubt that they use every marketing trick in the book, but again, there’s a lot of products out there that people use that you have to be very careful using.

Vigeland: Lynnae, how do you feel about debt?

Lynnae: I don’t like it. I do have a mortgage, I do have some student loan debt. I always try to not go into debt, if I can do things that way.

We’ve opted not to go with credit cards, we don’t have any credit cards right now. So any vacations, any purchasing that we do is done on a cash basis, which works really well for us. At the same time, you can’t buy a house these days — most people can’t buy a house these days — without a mortgage and so, we took one out and bought our house and I’m OK with that. I think it comes down to your personal feelings about debt and risks and what you’re willing to do.

Vigeland: I want to pick up on this notion that people are feeling a little better about the economy. Can you talk about what you are seeing and hearing from your blog readers in terms of where they think we are at this point? Jim, any thoughts on that?

Jim: I think in the last few months, we’ve gone from — my readers anyway — have gone from the feeling that they’re lost in the woods to they can sort of see the edge. Because a few months ago, everyone was asking, where should I invest to be safe? They want to learn about certificates of deposits, they want to learn about maybe municipal bonds. And now there’s a little bit of a departure away from that and part of it is because the stock market has performed quite well in the last few months. So there’s a sense that we’re not out of the woods, but we’re no longer lost, fumbling around, trying to figure out where to go.

Vigeland: Do you think that we will all learn long-term lessons from this or will our short-term memories kick in?

Jim: I want to believe we’ll learn long-term lessons. I think that a lot of my friends, they’ve come to realize that things like debt, they control where you go into the future. And I think more people are going to be trying to avoid it as much as possible.

Vigeland: Lynnae, how are you feeling about the economy? Are you buying into this notion that we’re out of the woods?

Lynnae: I think it depends on how much we’ve learned from what we’ve gone through in the last year. I think for a long time we were all living above our means. I know I did that for a long time and that created this situation, big companies trying to live beyond their means and it all came crashing down. So I think a lot of it depends on how much we’ve learned and how much we’re going to change as a result of all the things that have happened over the last year.

Vigeland: Do you think we will change?

Lynnae: I don’t know. I think that remains to be seen.

Vigeland: Steve, what about you? If we didn’t learn from this crisis, what do you think it would take?

Steve: Well, I’m not sure if spending habits were permanently altered by the Great Depression either, so I think human nature is to be optimistic and to probably spend beyond your means, because it’s hard for people to think that they’re ever going to hit a point of crisis. It’s the same reason why people don’t live healthy lifestyles, because it’s hard to imagine your own mortality and it’s hard to imagine financial emergencies.

Vigeland: Well Steve and Lynnae and Jim, as always, so nice to have you on the program. And keep up the good work on your blogs.