Housing community has lots in common

Housing community has lots in common

INTRODUCTION: Perhaps the most potent image conjured by the words “American Dream” is the single-family home, a self-contained building with a garage on a small plot of land, a castle for each American family. But that model’s not for everyone.

Steve Chiotakis talks with Kathy Journeay, a health-care administrator near Boston, about her experiment with a different kind of suburban living called “cohousing.”

STEVE CHIOTAKIS: Talk to me a little about cohousing. Why don’t you give me a little sort of background information.

KATHY JOURNEAY: Well, cohousing has been going on in the United States since the 1970s. The idea behind it is that it’s kind of an intentional neighborhood. It is a place where people can live, and they want to and expect to interact with their neighbors. The development is designed and built by the residents. You cluster the houses very close together. You reserve the cars to the edge of the community, so that the inside of the development is all pedestrian friendly.

CHIOTAKIS: It sounds a lot like an apartment complex, but nobody is attached.

JOURNEAY: It could be, but again, in an apartment complex most folks only know their neighbors in passing. Conceptually the idea behind it is you share the resources. Plus you also have the common house. The common house has a kitchen big enough to cook for the entire neighborhood, and we actually have common meals a couple of nights a week. There’s a kids’ room, indoor kids’ room for playing, which has really awesome insulation, let me tell you. Sound insulation is fantastic. There’s a TV room, a yoga studio, we have a sewing room, we have a gym downstairs. And we also have a pool out the back. So rather than the 34 residents building 34 pools or maybe 12 pools, there’s only one pool. So you’re not using as many resources. We don’t have 34 lawnmowers. We’re going to have two neighborhood riding lawnmowers, and that’s all the lawnmowers we’re going to have.

CHIOTAKIS: Any problems with sharing?

JOURNEAY: Well, we’re newly moved in. The first residents just moved in in December. So there hasn’t been any problems with sharing yet. If we do run into problems, we actually make decisions using a consensus model, rather than say, for example, voting. And that allows us to go in and talk about problems. One of the expectations when you move into cohousing is that you do talk to your neighbors. The first rule of cohousing is that you talk to each other if there’s a problem. We don’t have a lot of rules in the same way that a condo association has rules. In a condo association often the rules are to take the place of talking to each other. In cohousing we expect people to talk to each other as the first way to resolve conflicts and problems.

CHIOTAKIS: Do you ever see this concept catching on with mainstream America?

JOURNEAY: I think in this economy, I think that people are looking for ways to save money. And I think that this is one way that you could go ahead and do that. And I think that as people adapt and change to the new economy, I think it is possible that people could . . . that these ideas could catch on. I’ve heard of lollipop developments out in California, where it’s, you know, the lollipop-shaped development with four or five houses on it. And those people are beginning to do things like, “Well, my lawnmower broke, let’s all share this lawnmower so we don’t have to go replace it at this point in time.” I do think that you will see concepts like this begin to seep into middle America. Yes, I do.

CHIOTAKIS: Do you ever see moving away from Camelot?

CHIOTAKIS: Well, Kathy Journeay, good luck. And thanks for being with us this morning.

JOURNEAY: Thank you for having me. 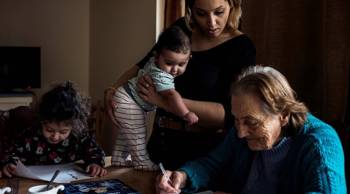 Co-housing offers people a way to age at home 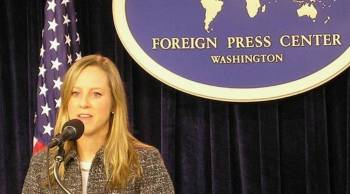 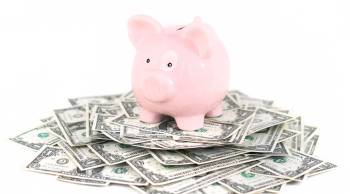