Kai Ryssdal: Sometimes on a Friday you really have to scratch your head to remember what the big news of the week was. Granted, that hasn’t happened much since Wall Street started its free fall. And this week is no different. To help us wrap up the week on Wall Street and beyond, we’ve got Heidi Moore with us again from the WallStreetJournal.com. Megan McArdle from The Atlantic magazine is here, too. Hi guys.

Heidi Moore: Good to be here, thank you.

Megan McArdle: Thanks for having me.

Ryssdal: Megan, I’m going to start with you, actually. And I want to go back a couple of days to those hearings on Capitol Hill — the bank CEOs in front of the House Financial Services Committee getting, it can be fairly said, grilled. Did we the taxpayers, and in some measure the owners of some of these banks, learn anything?

McArdle: I thought those hearings were terrible. I mean, in part, because none of the people who were grilling the bank chiefs seem to know as much about banking as, say your average mid-level mortgage broker.

Ryssdal: Heidi, did you see these things the same way as Megan did?

Moore: Yeah, absolutely. It was an absolute farce. And I think truly chilling how little the House Financial Services Committee, which is, you know, technically paid to be in charge or oversee our nation’s banks, not only didn’t know the business lines of many of these banks, couldn’t identify the CEOs, but also just asked questions that were so finance 101 that it was embarrassing. They should have done so much preparation beforehand, and it just ended up being a bloated, seven-hour waste of time.

Ryssdal: As long as we’re talking about the TARP, though — the bank bailout plan, which is what they were nominally there to talk about — Heidi, what do you think of Treasury Secretary Geithner’s plan that came out earlier this week?

Moore: Treasury Secretary Geithner had something in his head that he wanted to do, but again, it wasn’t something that was communicated very well to people. And I think the announcement of it — that very sloppy announcement — and the delays from Friday, to Monday, to Tuesday, really took a toll on any credibility that the plan might have. And also, the way that it came out. That they would spend all this time on a stimulus plan and not really run it by Wall Street or anyone else to get a firm enough plan. They basically just announced ‘We’re going to sell assets. We want to do it with the private sector. Discuss.’

Ryssdal: Alright. Well, Megan, discuss. I mean, what did you think?

McArdle: I agree with Heidi. It’s not a plan. It’s a plan to have a plan at some indefinite point in the future. And given that Geithner’s known that this is coming for months, it’s not as if — Paulson at least had the excuse that it was a surprise.

Ryssdal: Alright. Well, let me ask you this then: What would you have had him do?

McArdle: We’re in a solvency crisis. And the uncertainty in the markets is making the problem worse. And I think it is time to bite the bullet and say, ‘Look, we’re going to go in. We are going to divide banks into three groups. The banks that have limited exposure to these kinds of assets. The banks that have so much exposure that they can’t be saved and we’re going to, you know, shut them down, liquidate them and sell off their assets. And then a middle class where we’re going to be working with the banks to restructure and get their balance sheets back in order.’ And they haven’t really said that yet. They don’t want to admit, A. how much it’s going to cost, and B. how difficult a transition period there is going to be to get the banking system back to health.

Ryssdal: Right, exactly. And Heidi, talk to me about the political complexity of all that, because none of that will be anything near simple.

Moore: Yeah, exactly. I mean, one of the things that sort of crossed my mind as I was watching that horror of a congressional hearing, was that this is why other countries hate America. Right? It’s not because we use our power. It is because we misuse our power. And we have squandered this chance to educate ourselves, to deal with this in a nuanced way and take the time to find a solution that works for everybody. And so, you know, I think that what Megan said is right. We need some sort of tiered solution that really brings everyone, and their knowledge, to the table, right. So the core problem here is these toxic assets and how to value them. And everyone is dancing around that issue and trying to find a million ways that they don’t have to deal with it. But really, what has to happen is these toxic assets have to be dragged out, flogged, found out how much they’re worth, and then dealt with. And that’s the only thing that will give people confidence that you’re not going to have more trouble in the future.

McArdle: As a lot of people are starting to point out, if you don’t fix the banking system, the stimulus is just not going to go very far. Without a functioning financial system, monetary velocity simply, simply will not move fast enough to make the stimulus effective.

Ryssdal: Megan McArdle at, it’s the Atlantic’s “Business Channel.” Heidi Moore blogs at the “Deal Journal” at the WallStreetJournal.com. Thanks guys. 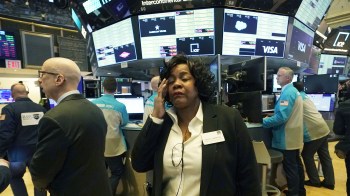 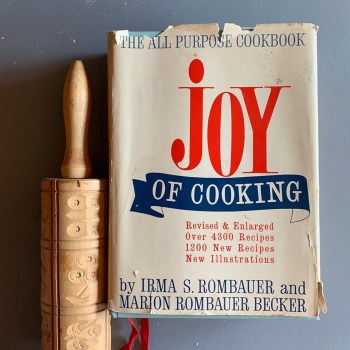